I work on a product called Castle. On the team I get the opportunity to redesign and implement some of the experiences we have created. This week I got the chance to present an updated game experience. People who download Castle see the game experience when they are playing games or developing games.

The game experience is an important part of the platform! Developers will spend most of their time on it when they are debugging, chatting with collaborators and building their project. On the other hand, players will want to do anything and everything they want. So the challenge is making both players and developers happy.

The current state of the game experience is a little chaotic. Everyone will experience this interface when they open a game: 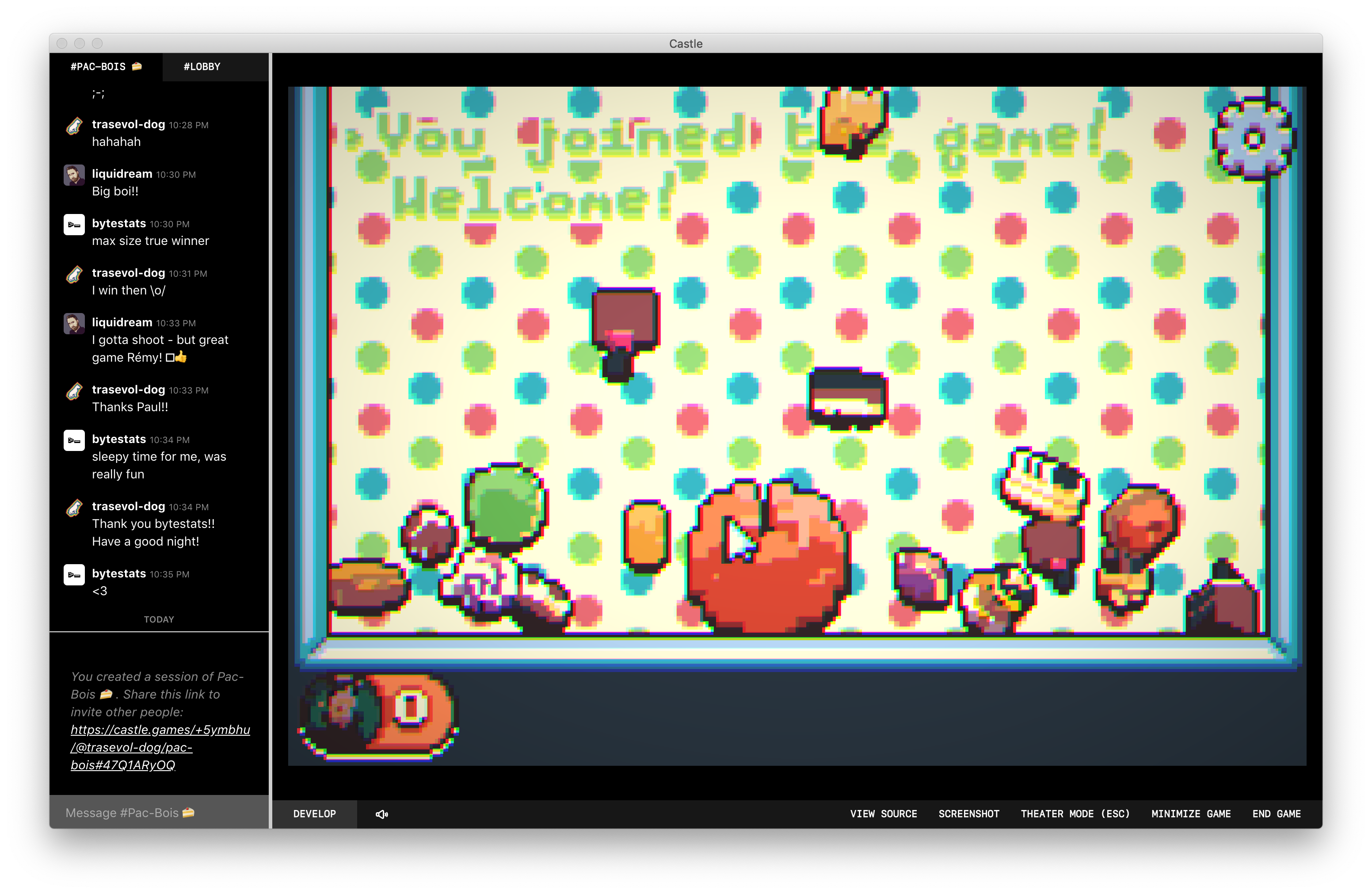 Chat on the left, game on the right, options everywhere and anywhere. 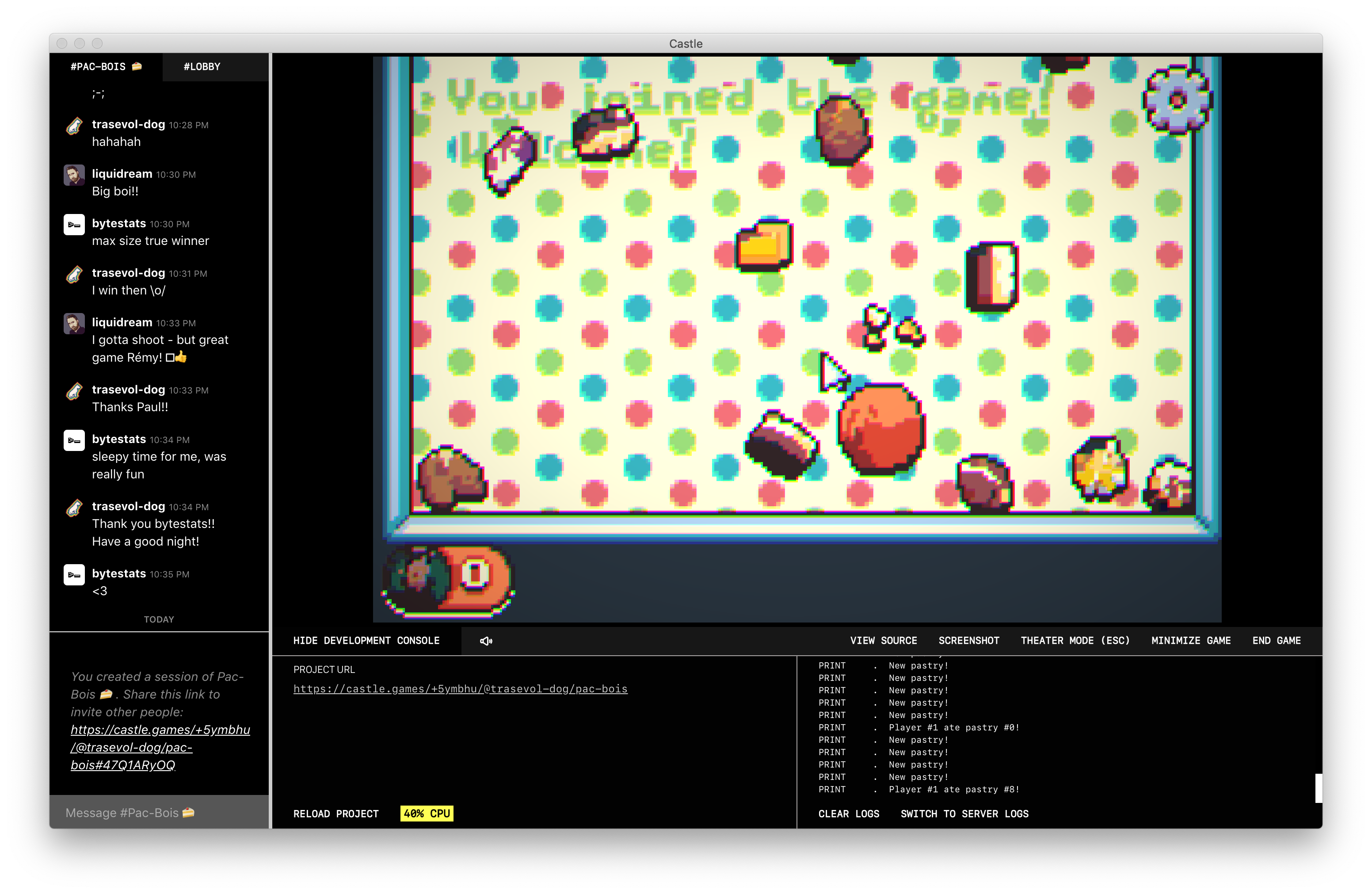 People can grab the project URL for their games, view the client logs, and view the server logs

This screen can get even more complex. Castle games can integrate with a feature called tools-ui. This feature was produced by one of our leads: Nikhilesh Sigatapu. It enables developers on Castle to have an additional interface to the configuration of their games. There is also an API for writing long form with markdown. 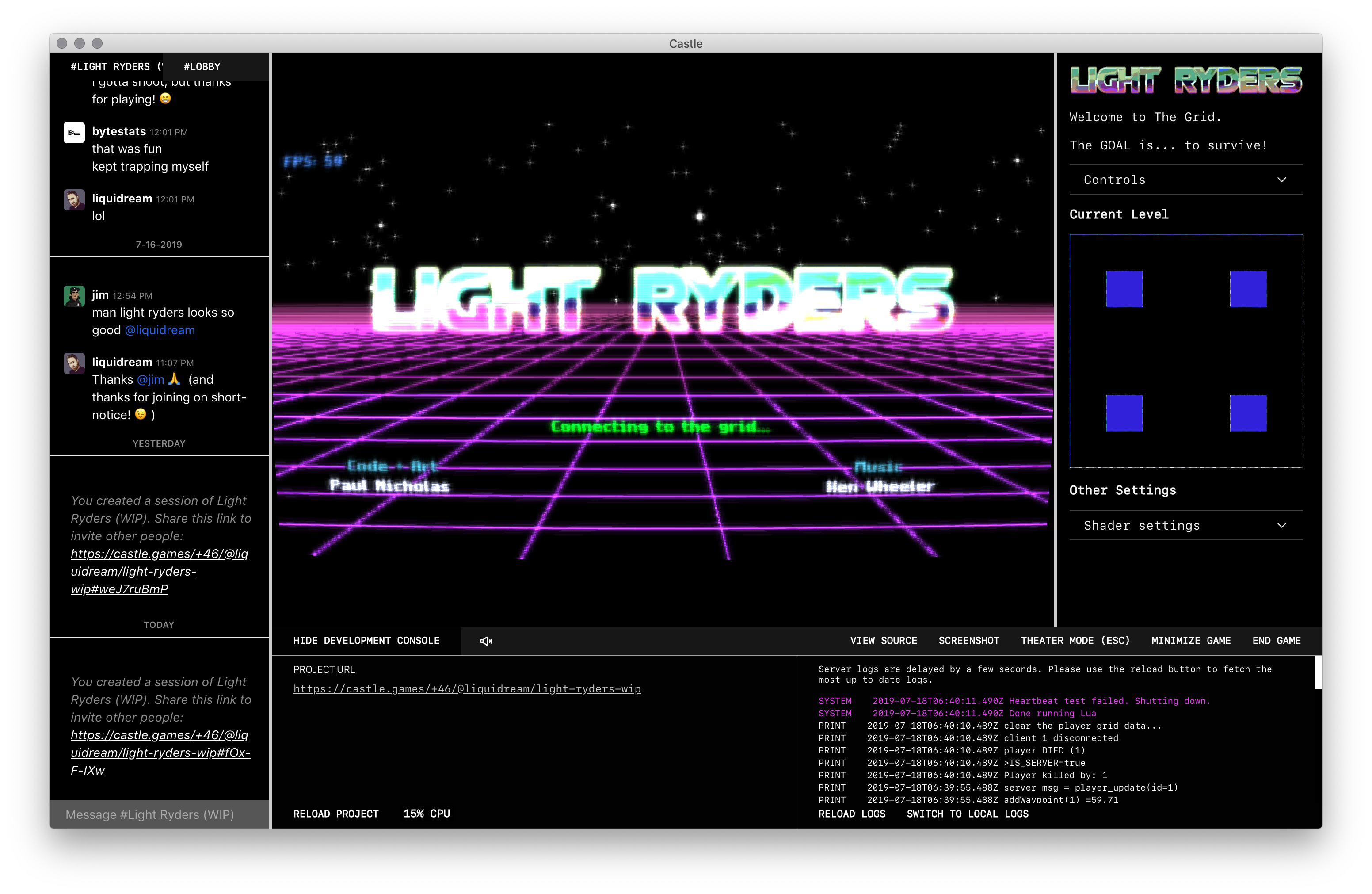 As a team, we felt the game experience had to improve. After some discussion we came to the following assertions:

Here are a set of mocks for what I think the next game experience could look like. I am excited to share them with you today:

Note: I am using a Safari window for these screenshots, if you could kindly ignore the + symbol that would be great ;) 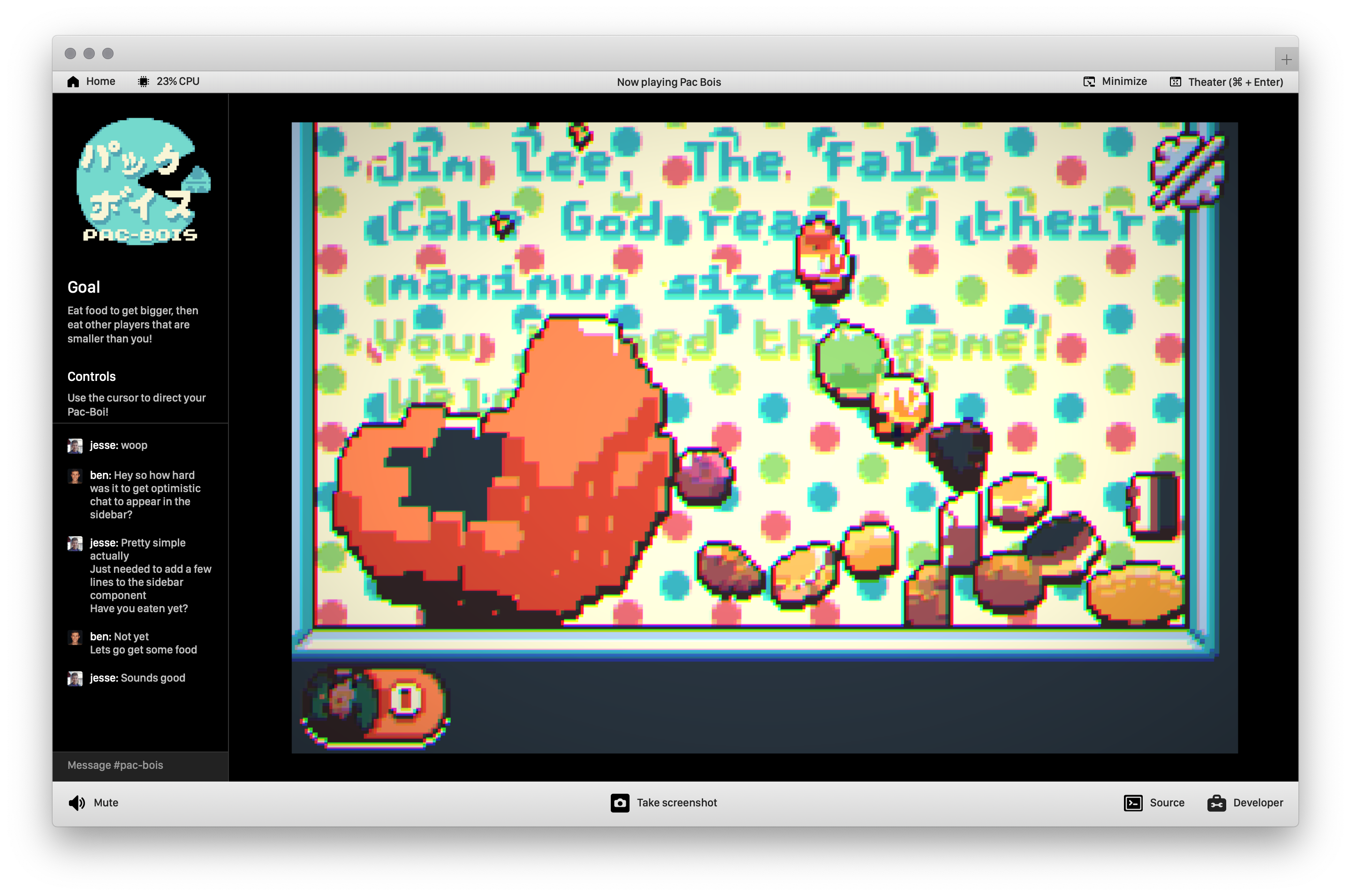 Within that understanding, for the game experience, I want to assert that playing the game is the most important. Most of the screen elements all obtain meaning after the user has interacted with the game. I believe everything else should intentionally belong lower in the visual hierarchy. But controls are really important too! A control is an element on the screen a user can engage with that will modify the environment. This experience will not function without easy access to controls when you need them. Because controls that are near each other are seen as being meaningfully related, I have tried to organize them in a logical way. 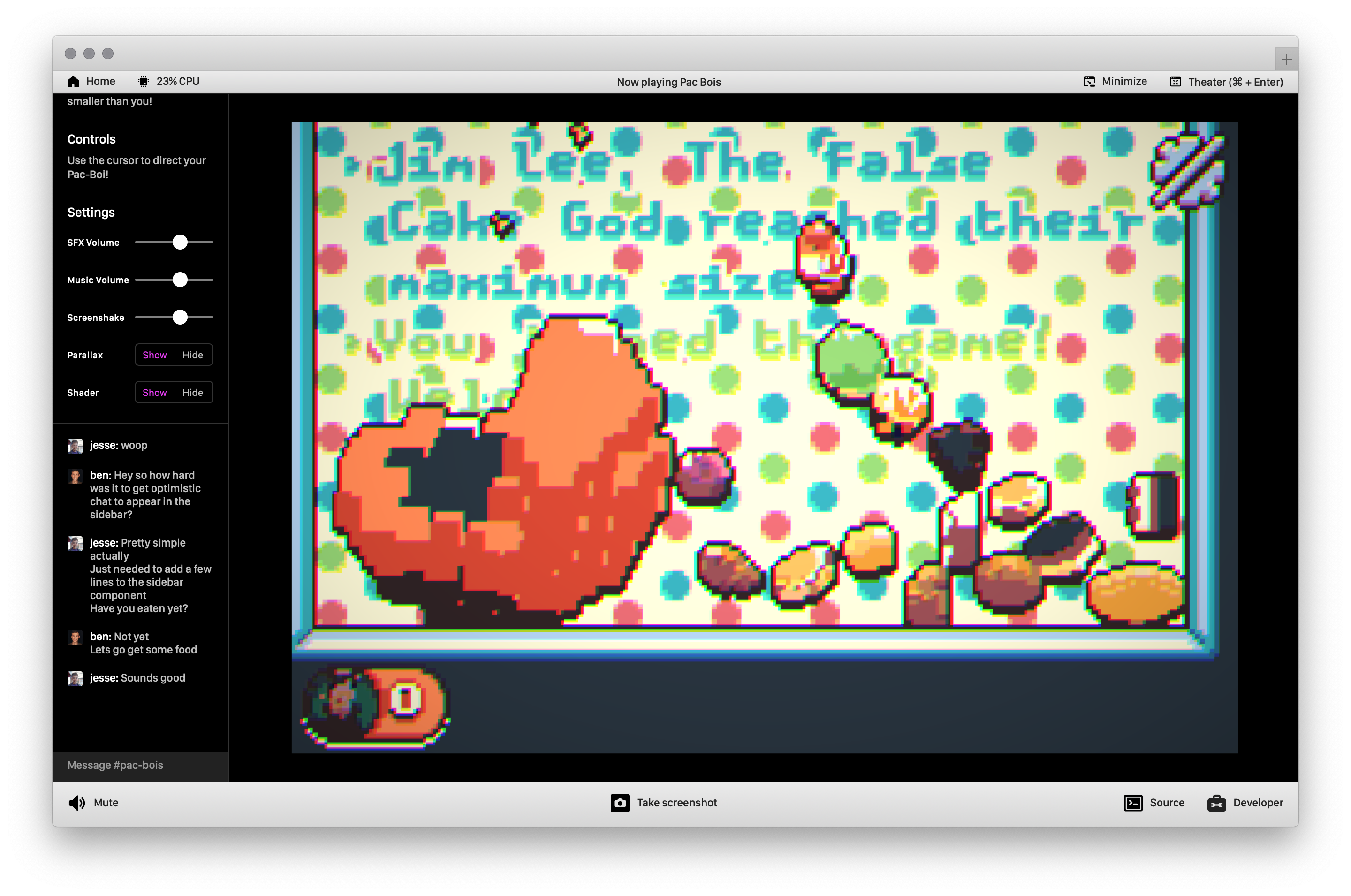 An example of the new tools-ui

With this redesign comes some improvements to the spacing and element sizing of tools-ui. The reduced spacing scale will help create better relationships between each of the items in the visual hierarchy. A simple h2 can help denote the groups of associated information and remove the need for a divider.

The reduced font-size allows for the sidebar to receive a reduction in width, creating more space for the game (the most important thing). If the player or developers want the width of the sidebar to increase in size, they can drag the right border.

Here is another example of the new spacing and header hierarchy on the sidebar: 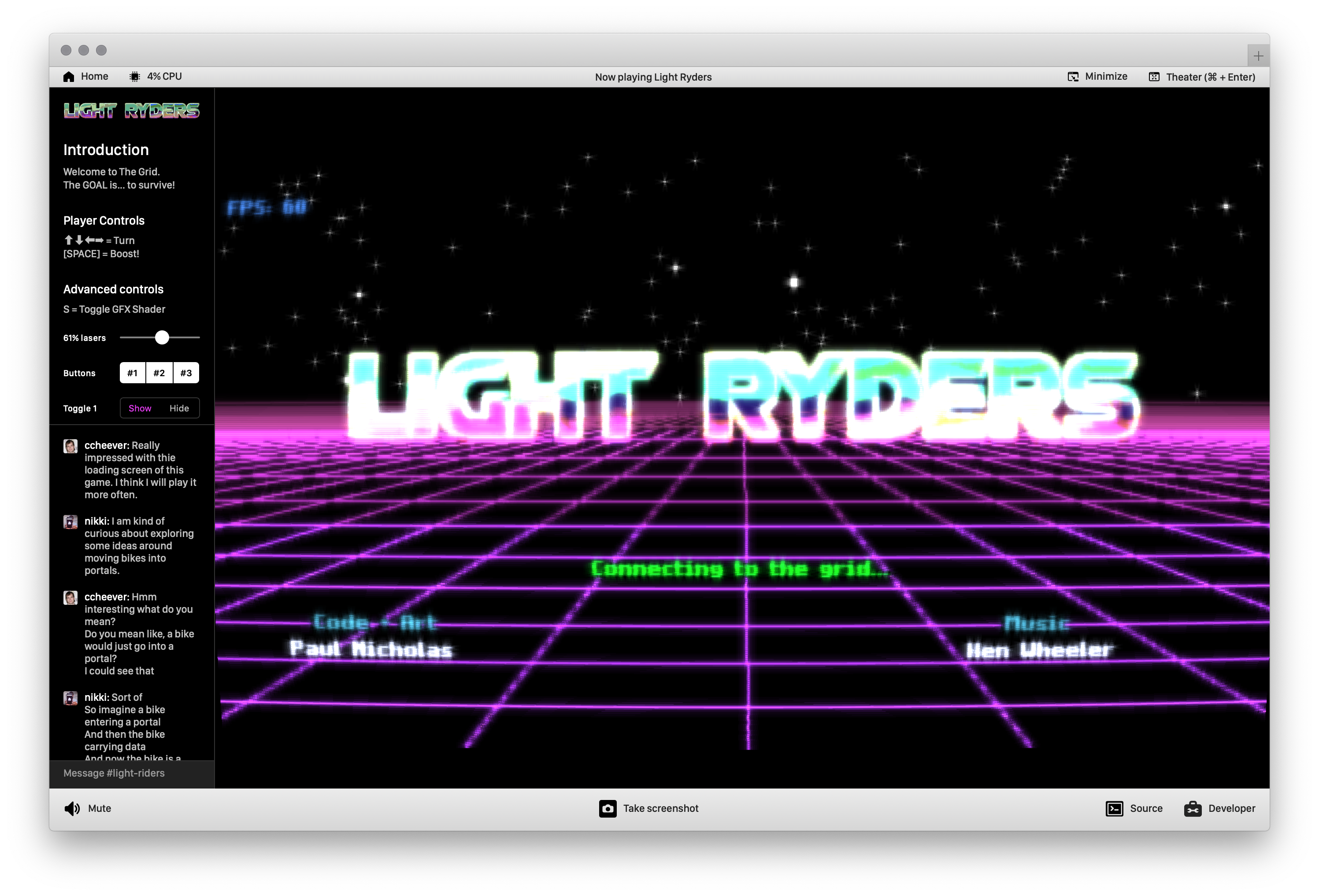 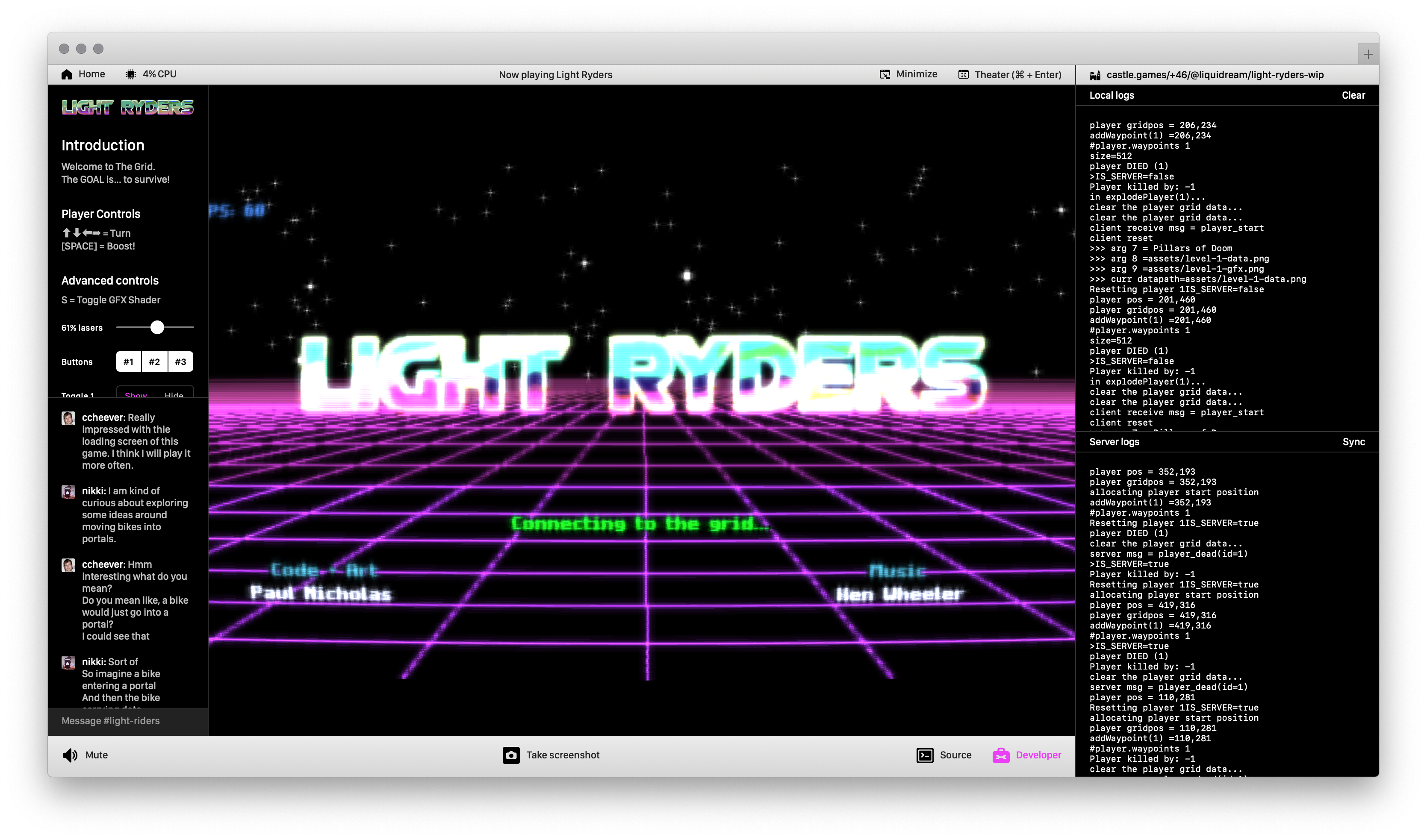 I think this approach is more simplified!

For fun, I also think it will be easy to bring all of these elements to the phone. 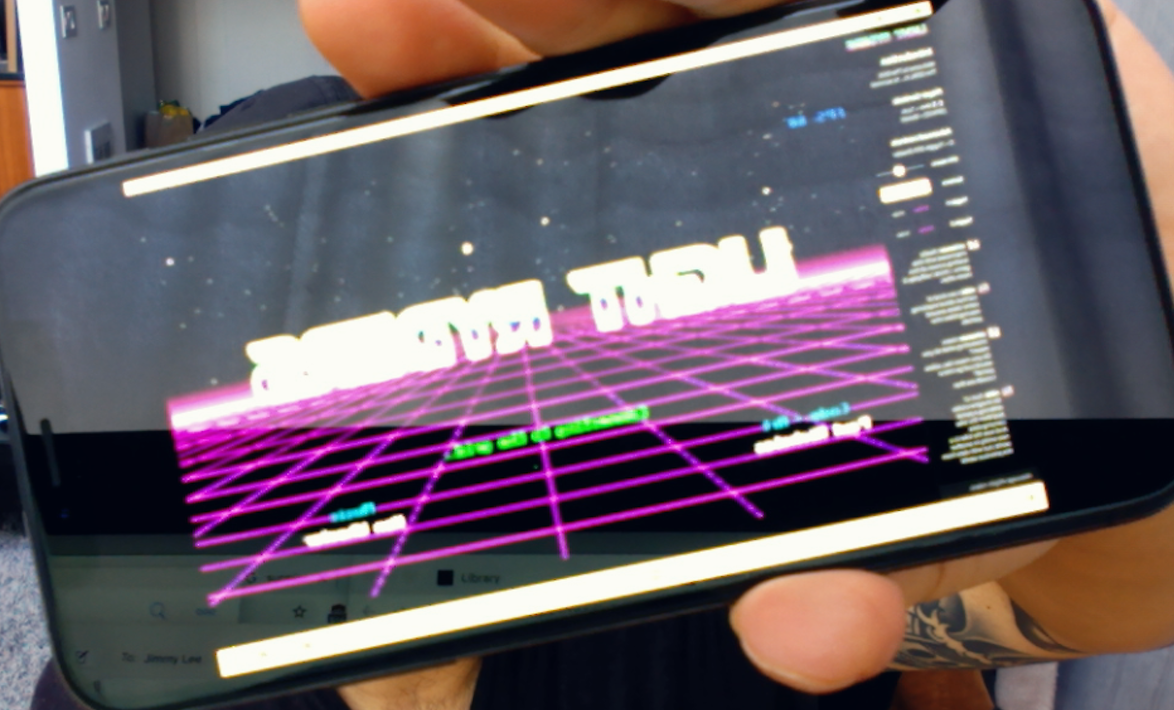 Neat, so what is Castle again?

Do you want to come play Castle games? You totally can join in on the fun. Our client is available for download at our website.

﻿Castle is a platform that believes games are better with other people. We believe games of all sizes have value and we believe that everyone deserves to make games. The best creation tools foster self-expression and promote experimentation and newness. Check out our manifesto if you want to learn more. 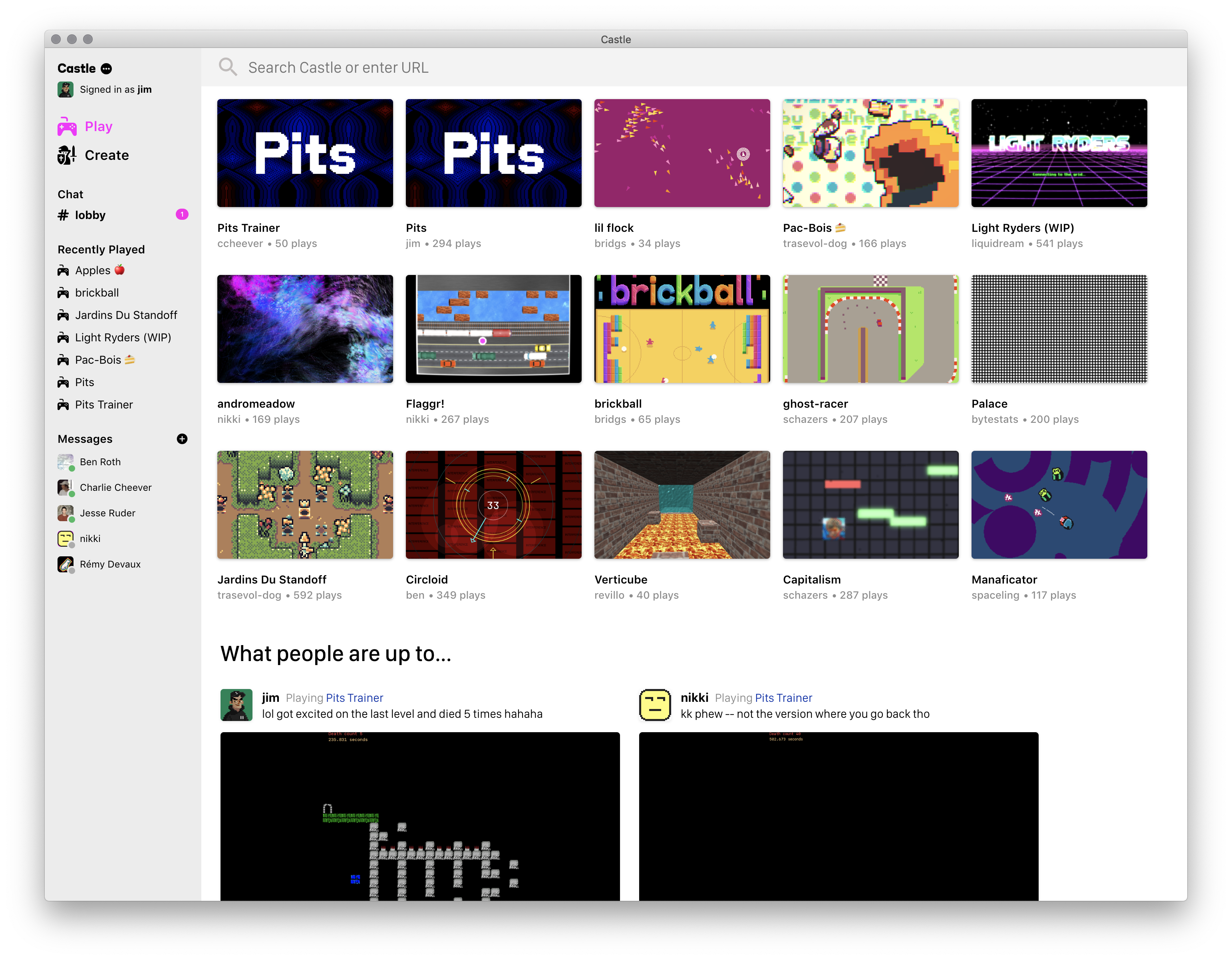 One of our lead designer's Jason has been playing with the home page, looks neat

Please let me know what you think. Thanks for your time! 🙏