We spent our winter producing a Bit Graves record. Here is a series of vignettes from the past few months following our recording session at Nels Motel. 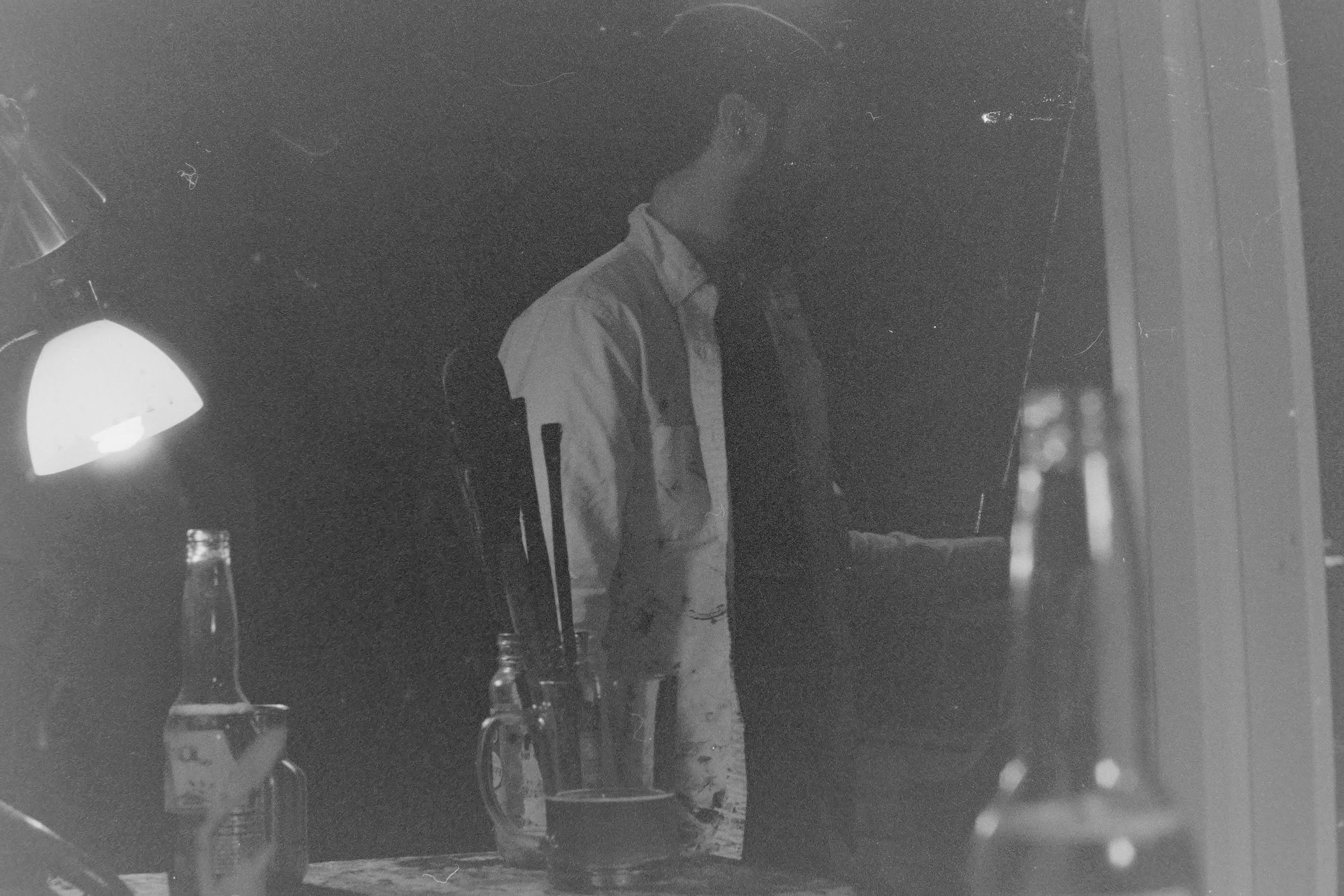 Update: As of June 2020, you can listen to the completed album on our Bandcamp or on most streaming services.

One Sunday morning, we traveled to the industrial district of Seattle and stopped at a nondescript door in the side of a large warehouse. Convinced we had the wrong address, our cab driver waited for us to walk inside before he pulled away.

Small block letters on the door spelled M-R-X, for "Mysterious Red X". MRX is a series of concrete rooms and hallways that looks like it began its life as a storage unit; at some point, somebody started recording music in it, adding a power supply here, building a raised floor there, until one day they had a professional studio on their hands. 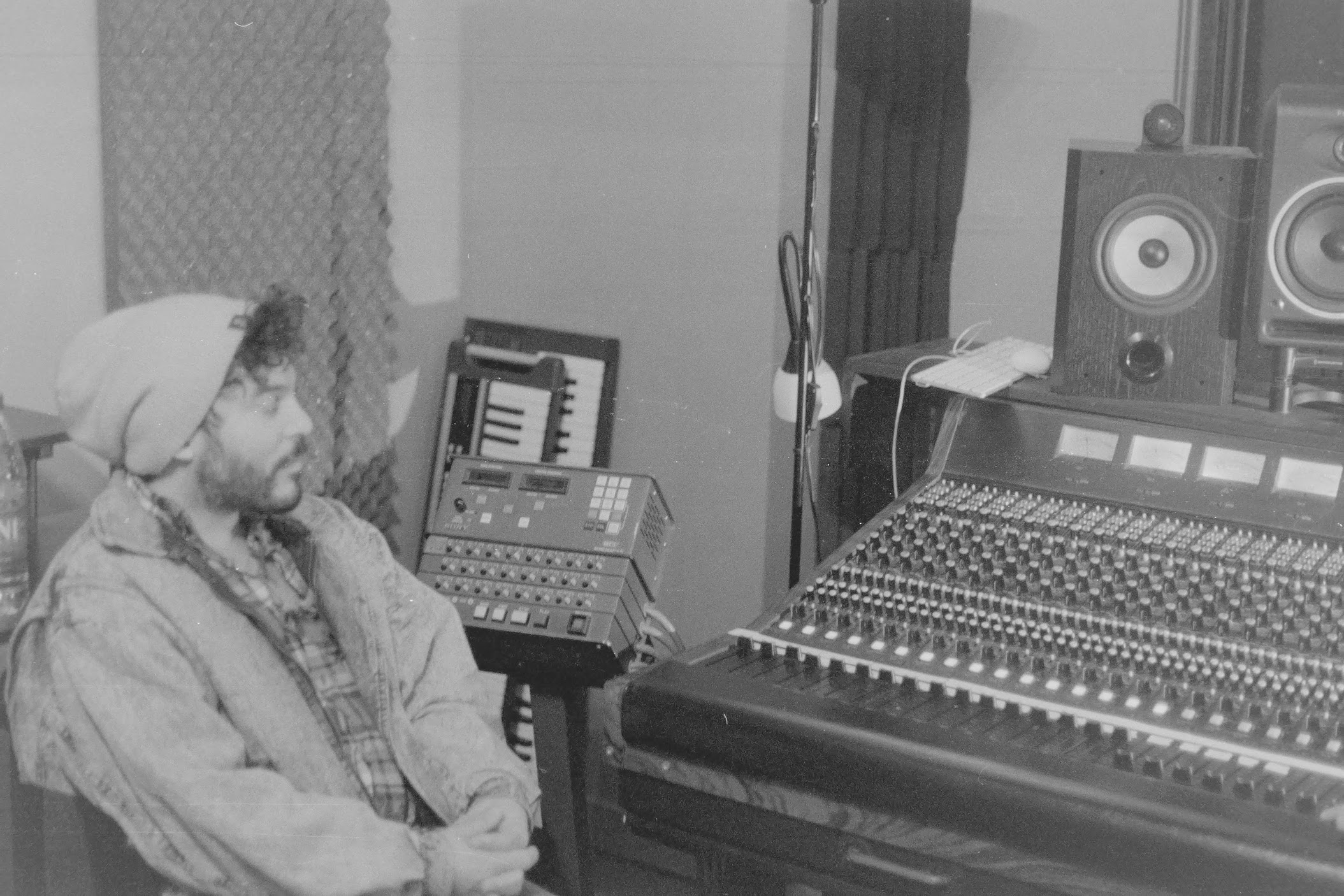 It felt sort of like the inside of the Nebuchadnezzar. 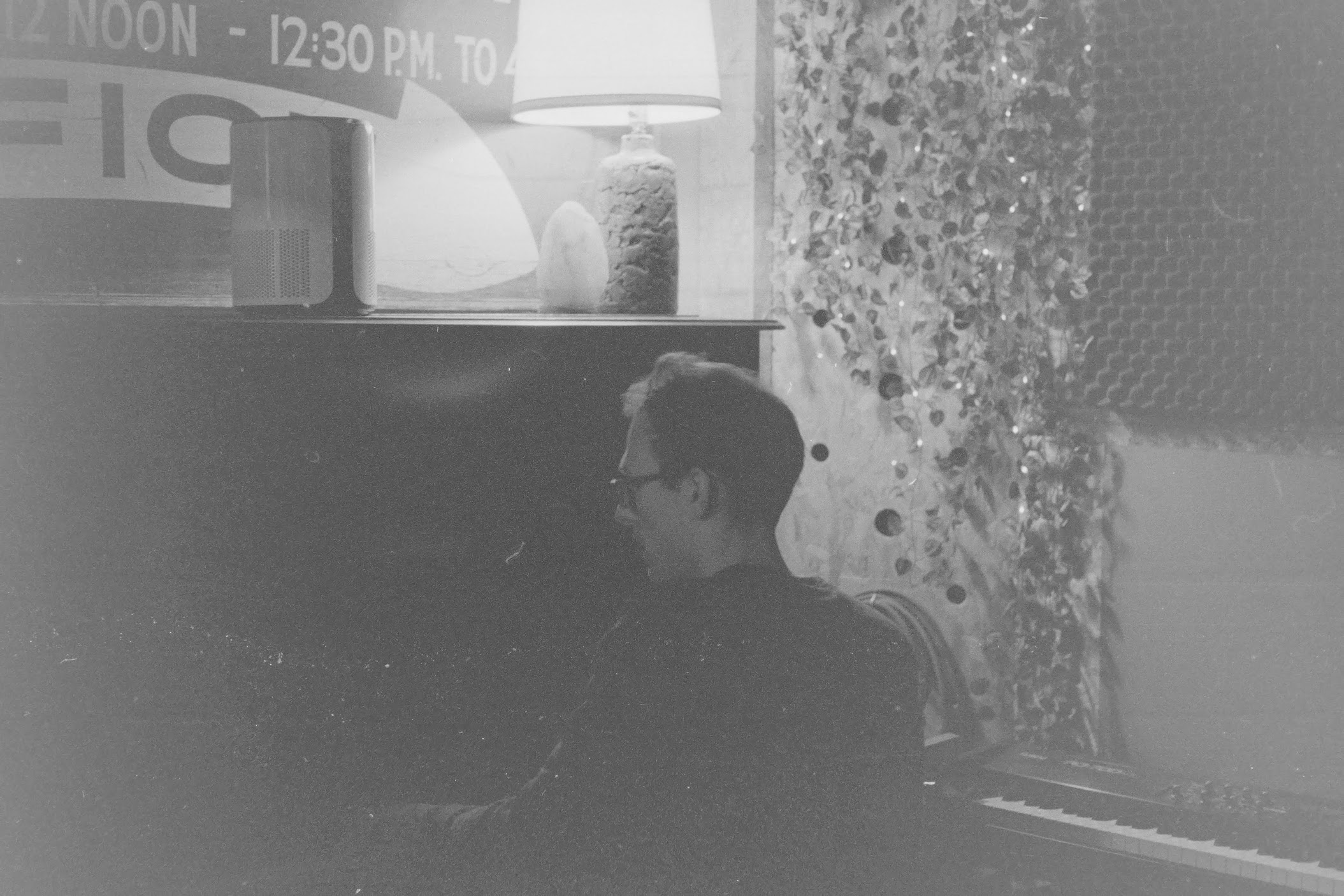 At MRX we met Jordan, a musician in Seattle whose journey has intersected ours on stage and in the studio, and who we approached to help us mix the record. We spent the day listening to each song carefully, first as it was originally recorded, over time sculpting and balancing different sonic elements. Slow, organic storms of electronic noise began to take shape, swirling and buzzing in and out of form like swarms of robot locusts, gently shepherded by Jordan's millimeter adjustments to a knob or a fader at hand. 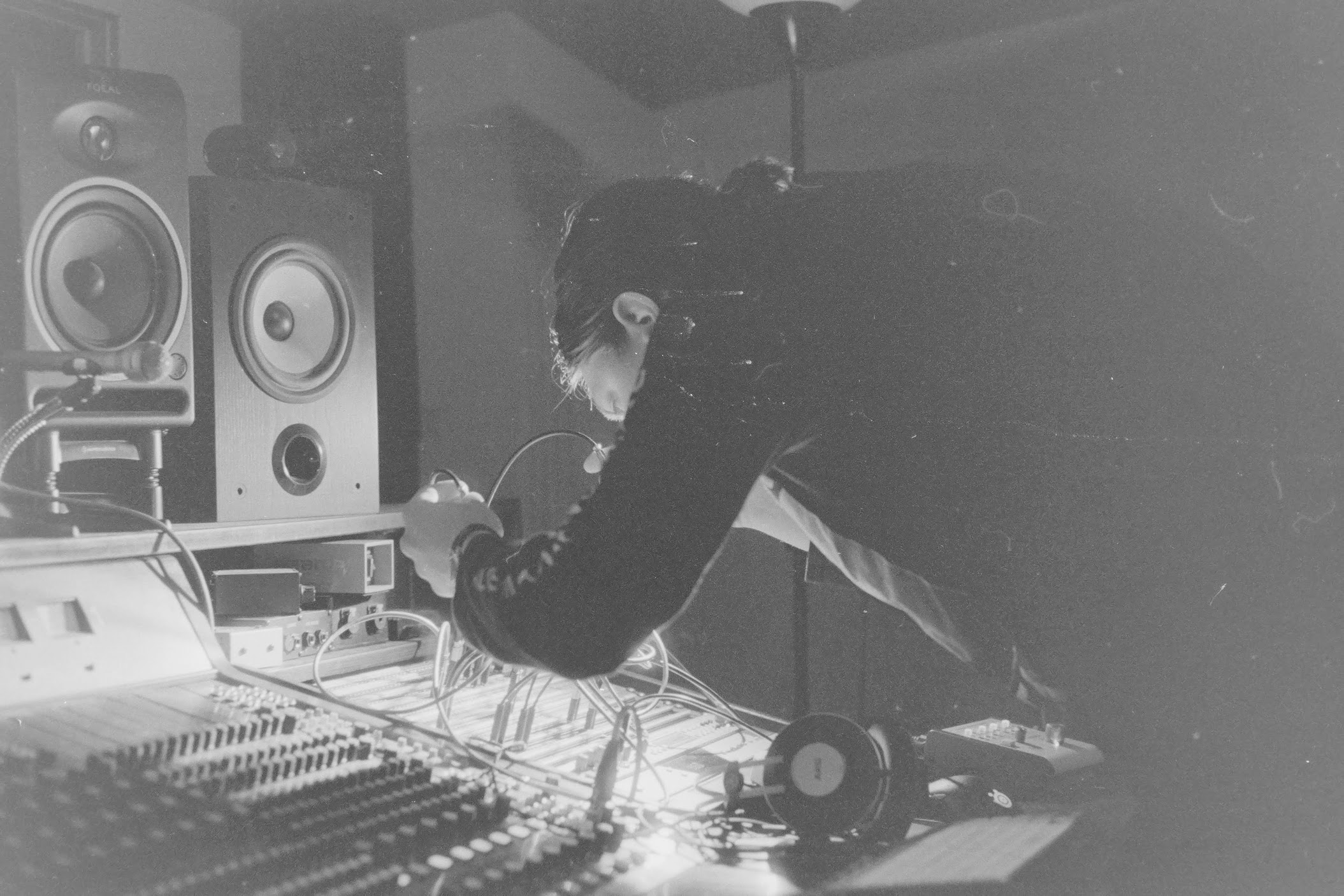 After seven or eight hours of standing in the dark, hunched around the space heater and listening carefully to each detail of the album, we arrived at the final mix.

We decided last fall that we would release our album on cassette. Among those people who buy a hard copy, we expect most of them to treat it as a physical keepsake, not primarily to be listened to, but to be cherished as a piece of art. And when you're expecting to sell nearly zero copies, tapes are cheaper than vinyl.

To design our cassette as a tiny bundle of art, we visited our frequent collaborator Eric. 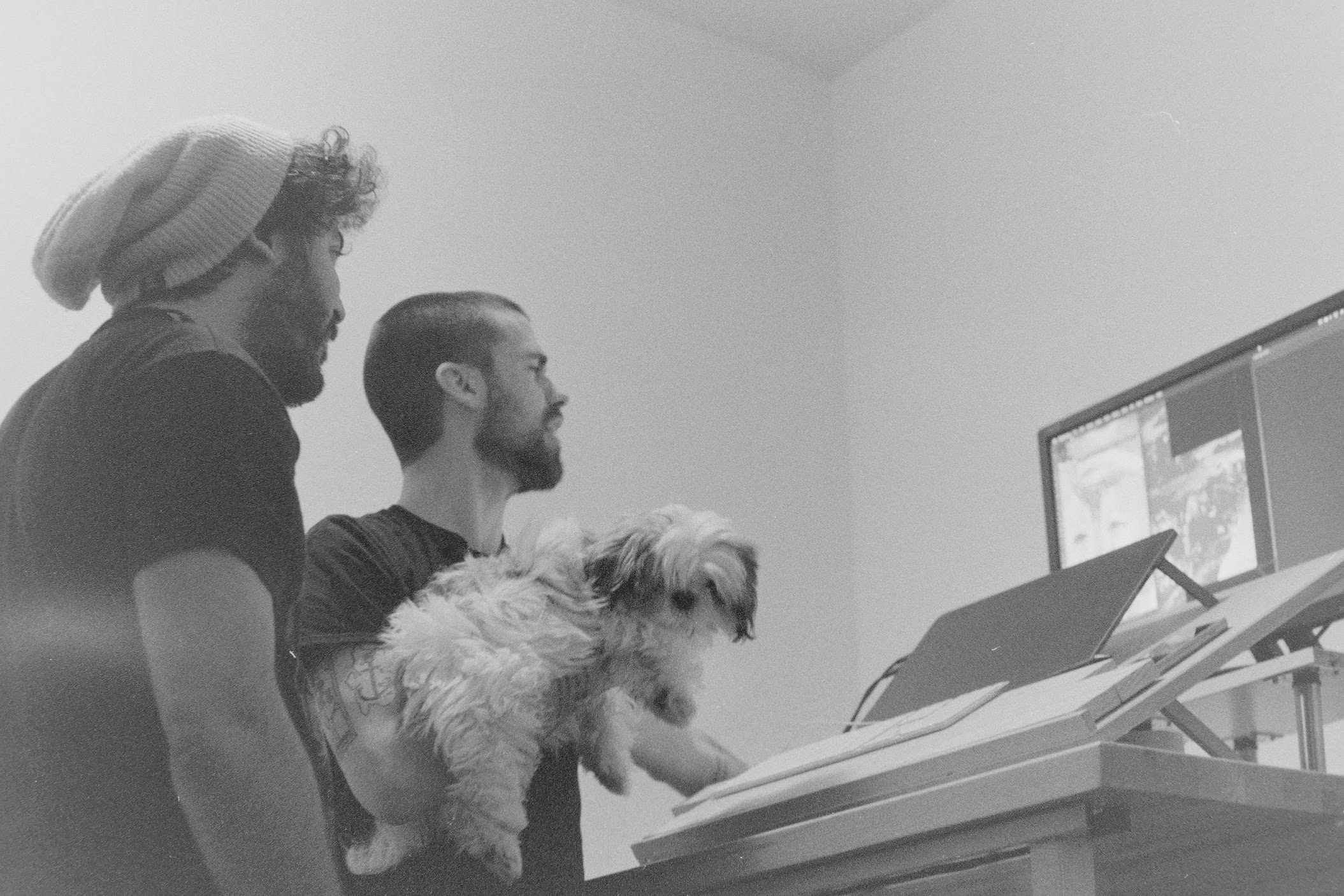 Eric and his wife Julia live in a creative studio, covered in paintings, plants, and guitars. To create the art for this album, we adopted the only strategy that has ever worked for us: we spent a night listening to the album on repeat, drinking, painting and collaging ideas. 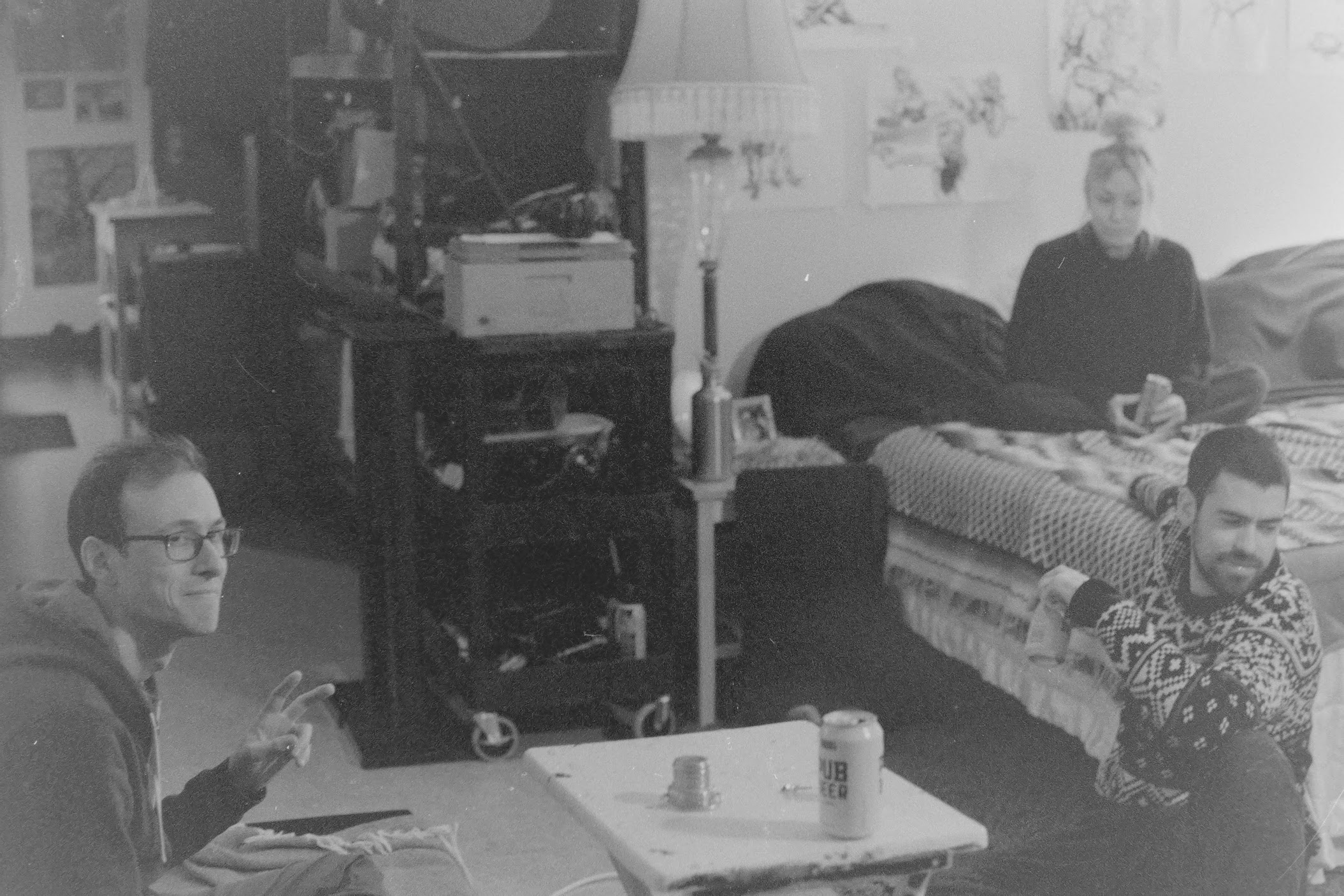 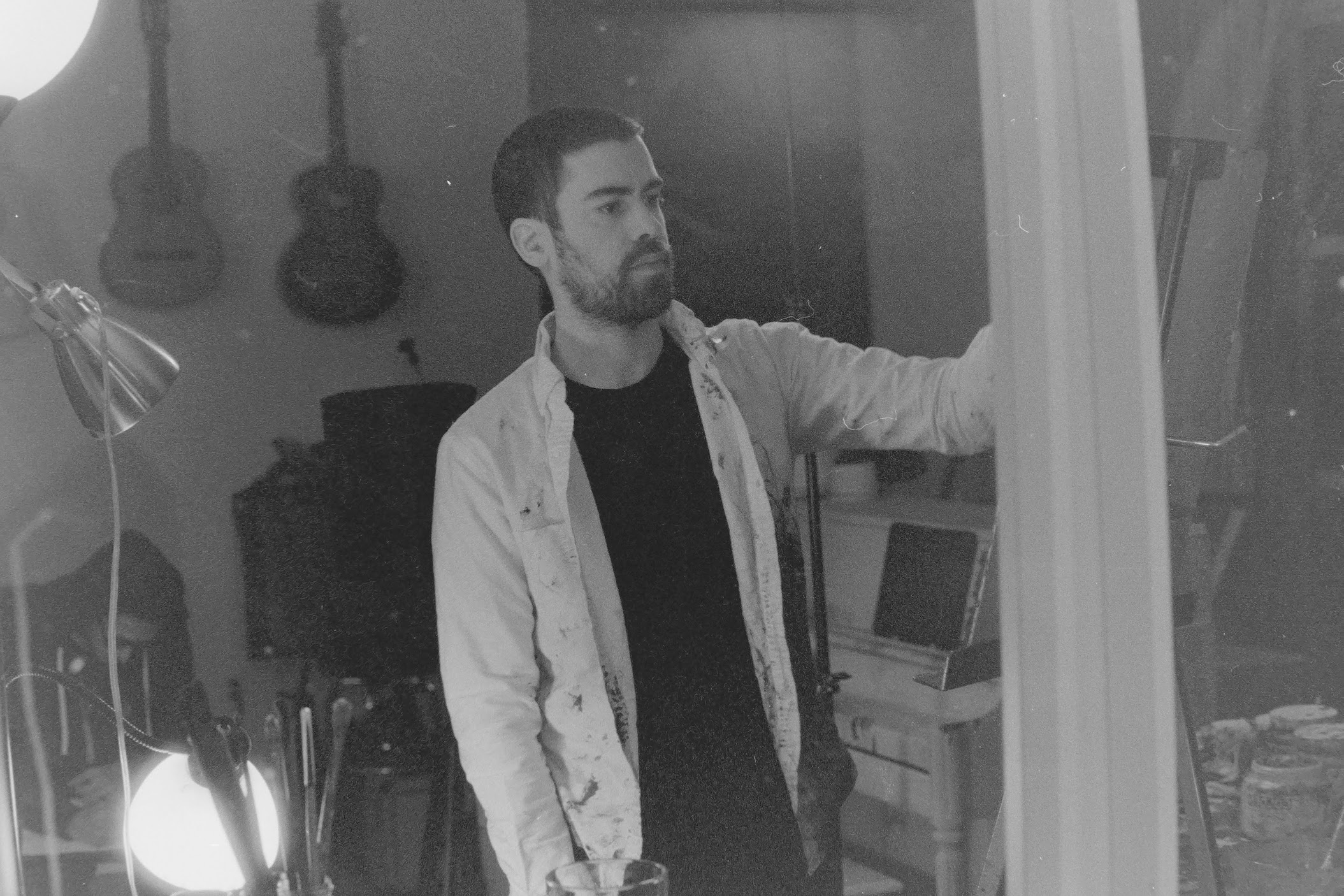 We settled on a type of packaging called maltese cross, wherein the cassette is swaddled in a single interlocking piece of glossy paperboard. The outer artwork unfolds into a cross shape, revealing inner artwork and the cassette itself. 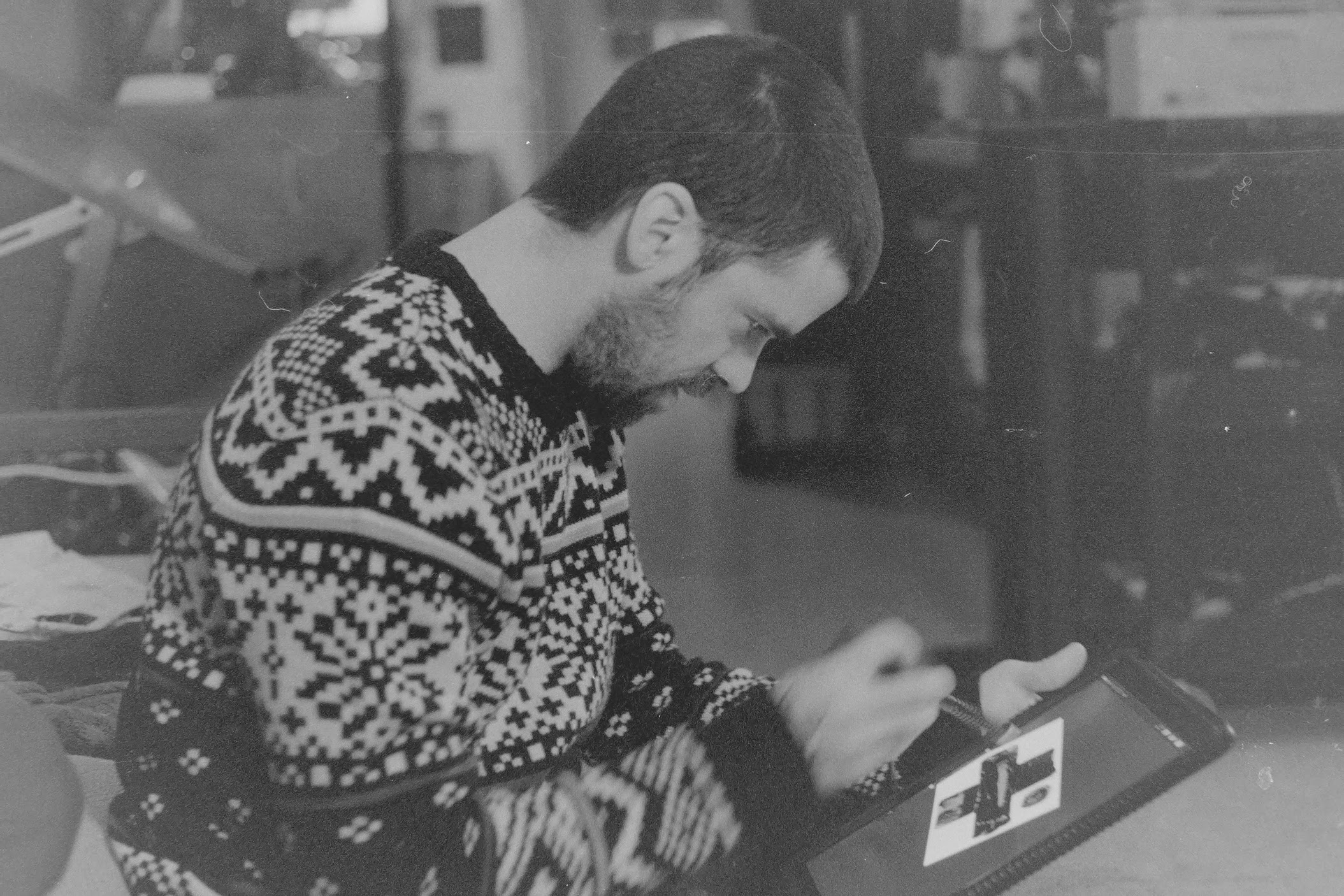 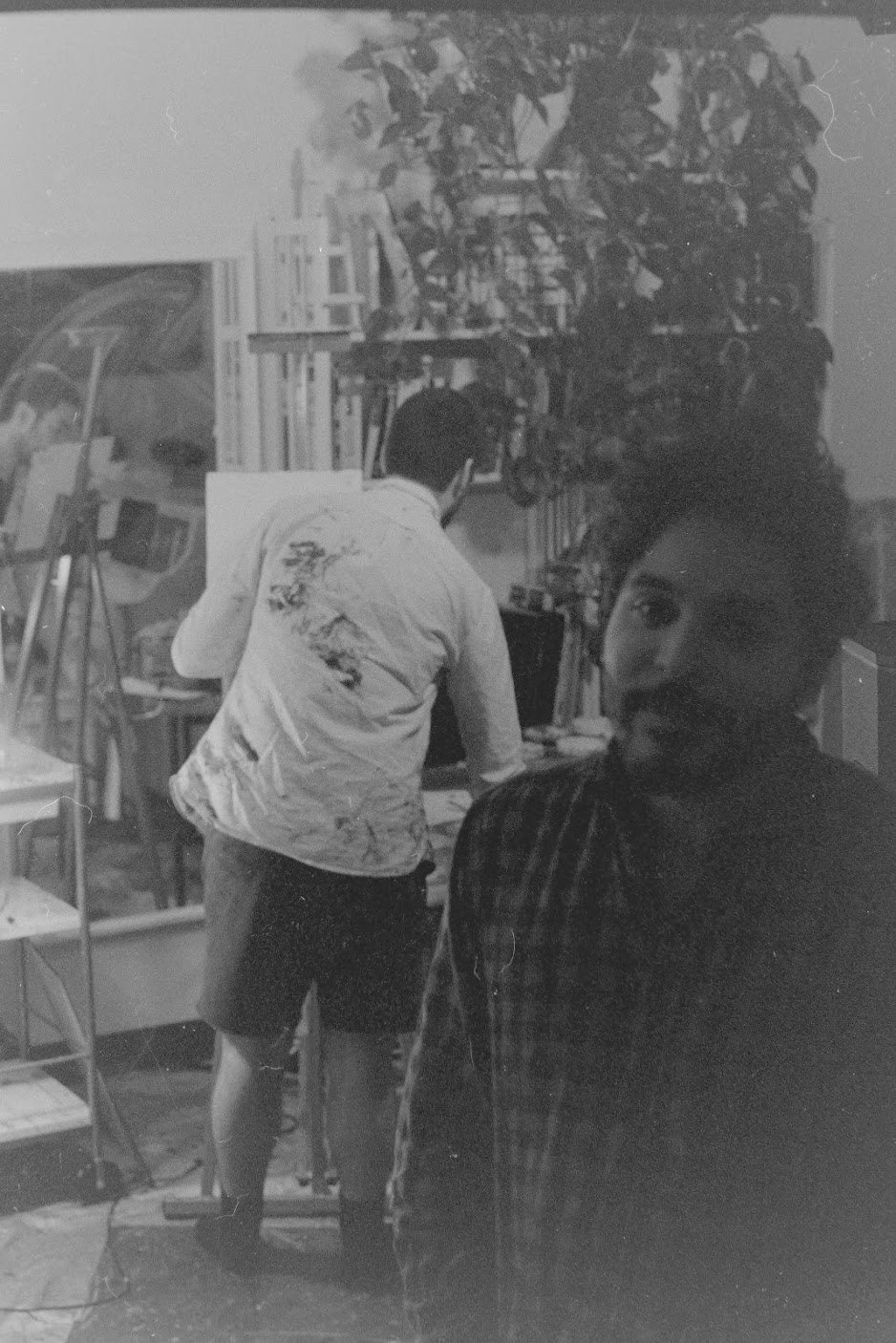 Over several hours, Eric produced a substantial body of art to accompany the album. The final album cover is a digital collage. We think it suits the music perfectly, and can't wait to share it.

As the Covid-19 crisis escalated, we hunkered down in our respective apartments and postponed in-person rehearsal. The Seattle music scene shut down, and our tentative plans for the album release were put into limbo for the duration.

There's one thing we were able to do in spite of the lockdown, which was to have the album mastered, because the mastering engineer works from his own studio and nobody needed to gather for this step. We might write more about this later.

A couple weeks ago we performed a live stream from our two apartments: first streaming Matt's synthesizer signal to Ben, processing it live, and then streaming it again into the void. As we improvised variants of some of the music from this album, it took on a new shape. As though sung through a tin can, the music became deformed and washed out by the latency and encoding artifacts from its wayward internet journey.

As things stand, our plans to have the cassette duplicated by a company in Canada may need to wait. We're thinking about releasing the album digitally sometime soon. But we're also working on new music, and to some degree just existing day to day in stasis like everybody else. For the moment, we live in the machine.

Update: As of June 2020, you can listen to the completed album on our Bandcamp or on most streaming services. We've also got a limited run of cassettes on Bandcamp. 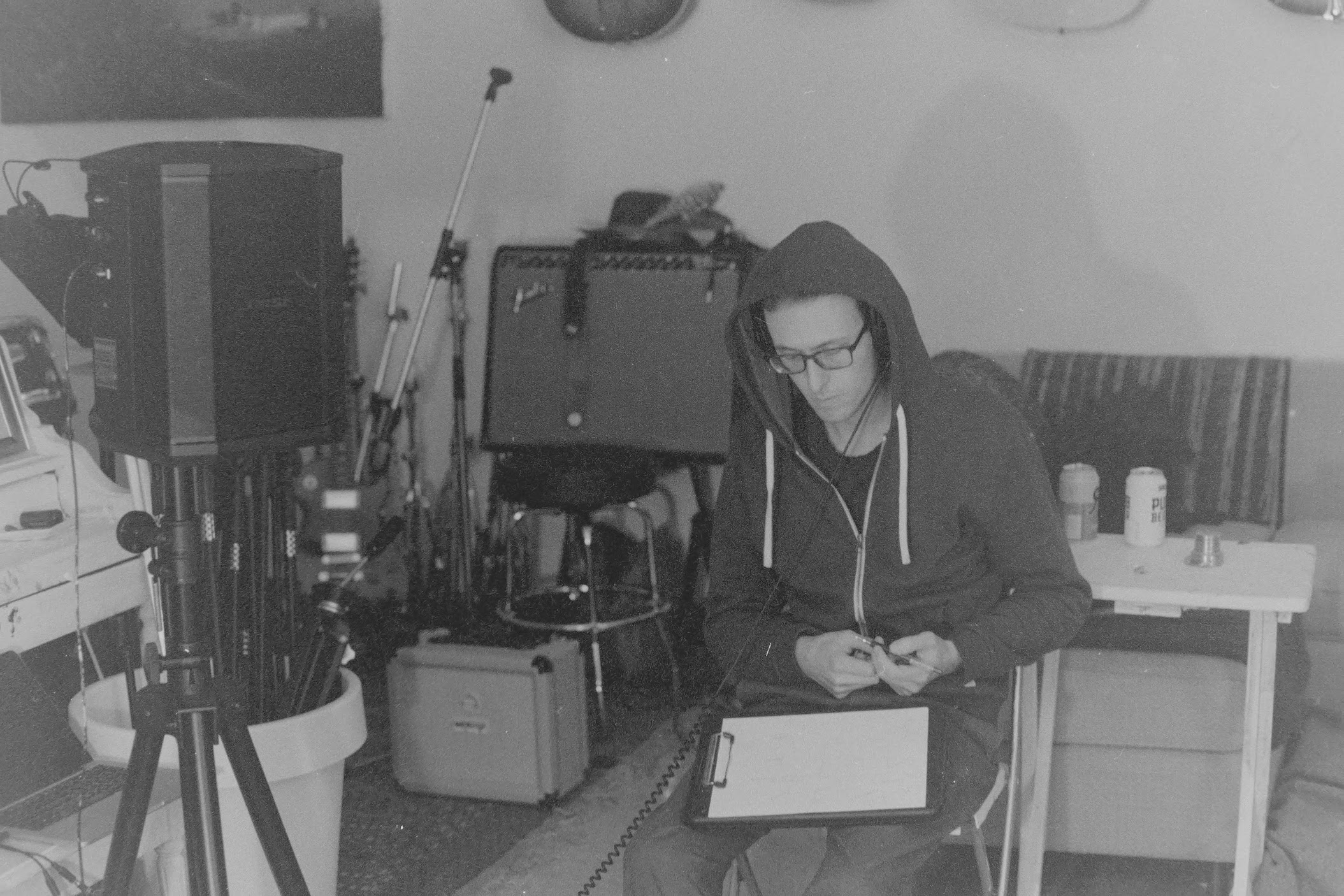 This essay is part of a series about producing an album. To read about tracking the album, see Part 1.

The best ways to support Bit Graves are to follow us on Instagram and buy our music through Bandcamp.

35mm photography by Matt Collins, half of Bit Graves.