I woke up early today at around 8, expecting to start my day early. I was expecting myself to crush tasks with high levels of productivity. But nope, this did not happen. The past few days my circadian rhythm has been messed up because I took many naps in the day. That made it very difficult for me to sleep at night and so I popped a sleeping pill – oddly enough, it was bright yellow, as if it was screaming "biohazard, don't touch me"

Waking up at 8, crusty eyes half opened, I checked off some notifications on my phone. But... I could not take it any longer. I was so sleepy and I drifted back into sleep. Fast forward many hours later, it was 3pm and I told myself “you gotta get up or you'll have to pop another pill again tonight to sleep.” Worried that this cycle would perpetuate itself, i forced myself up and went to grab lunch and kopi (a singaporean's way of saying coffee)

When I reached home and settled down at my desk, I felt lost and wasn't sure what I should be doing. Surprisingly, my systems kicked in and I knew i wanted to accomplish at least 3 things for sure today:

Any other TODOs were secondary. These were my priorities because they are systems I want to keep for the long term. I must not, and i could not fail to be consistent with them. The “muscles” in my head just went into automatic mode and I opened up Figma. Before I knew it, I was already done with improving the Homepage mockup for Young Maker. 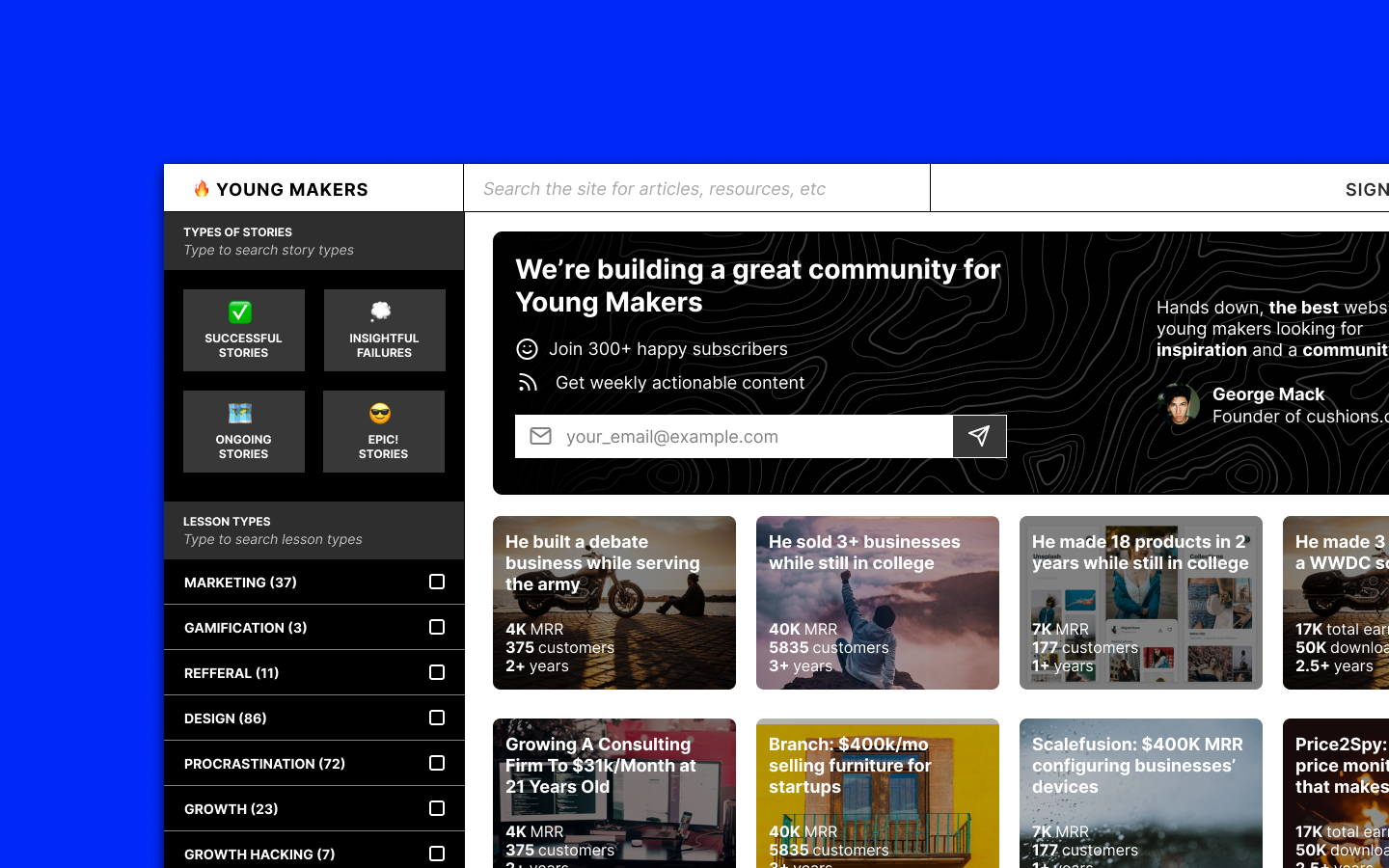 I'm developing an entire essay from scratch titled My Content Strategy. I will try to implement Julian Shapiro's advice as I go about it.