For the whole of Sunday, I didn't take naps, but I still felt so energetic up till 5am which is when I fell asleep. There was an online lecture for college which I had to attend at 8:15AM so I woke up at that timing. Simple math would reveal that I slept only 3 short hours! This taxes my mind and body because I have only recently covered from a very bad bout of flu – which I thought was COVID-19 on countless occasions when i gasped for air because of my breathing difficulties.

After classes, I spent most of the afternoon and evening with my girlfriend. After sending her back, I got back home around 10 and took a shower. I felt really tired even as I tried to muster all the strength I had left in me to work on Young Makers. I couldn't. Or at least that was what my mind told me.

I lay in bed for around a few minutes and remembered what David Goggins wrote in Can't Hurt Me:

“Very few people even bother to try to control the way their thoughts and doubts bubble up. The vast majority of us are slaves to our minds. Most don’t even make the first effort when it comes to mastering their thought process because it’s a never-ending chore and impossible to get right every time ... The reason it’s important to push hardest when you want to quit the most is because it helps you callous your mind. It’s the same reason why you have to do your best work when you are the least motivated.” – David Goggins, Can't Hurt Me

I was fired up inside but I knew I still needed a short moment of respite. So I set an alarm for 8 minutes and closed my eyes, quickly drifting off into deep slumber. I was so tired I could feel a certain chill around my body even though I was in a room with no airconditioning or fans running.

Time's up. I snoozed maybe around 2 times for around a 25 minute worth of naps. I took a quick glance at the clock on my phone and realized it was not too far from 12AM and BAM!!! I jerked myself awake and turned on the lights and set out to at least build one thing for Young Makers.

I was initially VERY distracted and wanted to run away from this task by watching YouTube videos, in particular, that talk on Crux in Clojure... But I hung onto my convictions – ship Young Makers by being consistently daily. And... I got it to work! 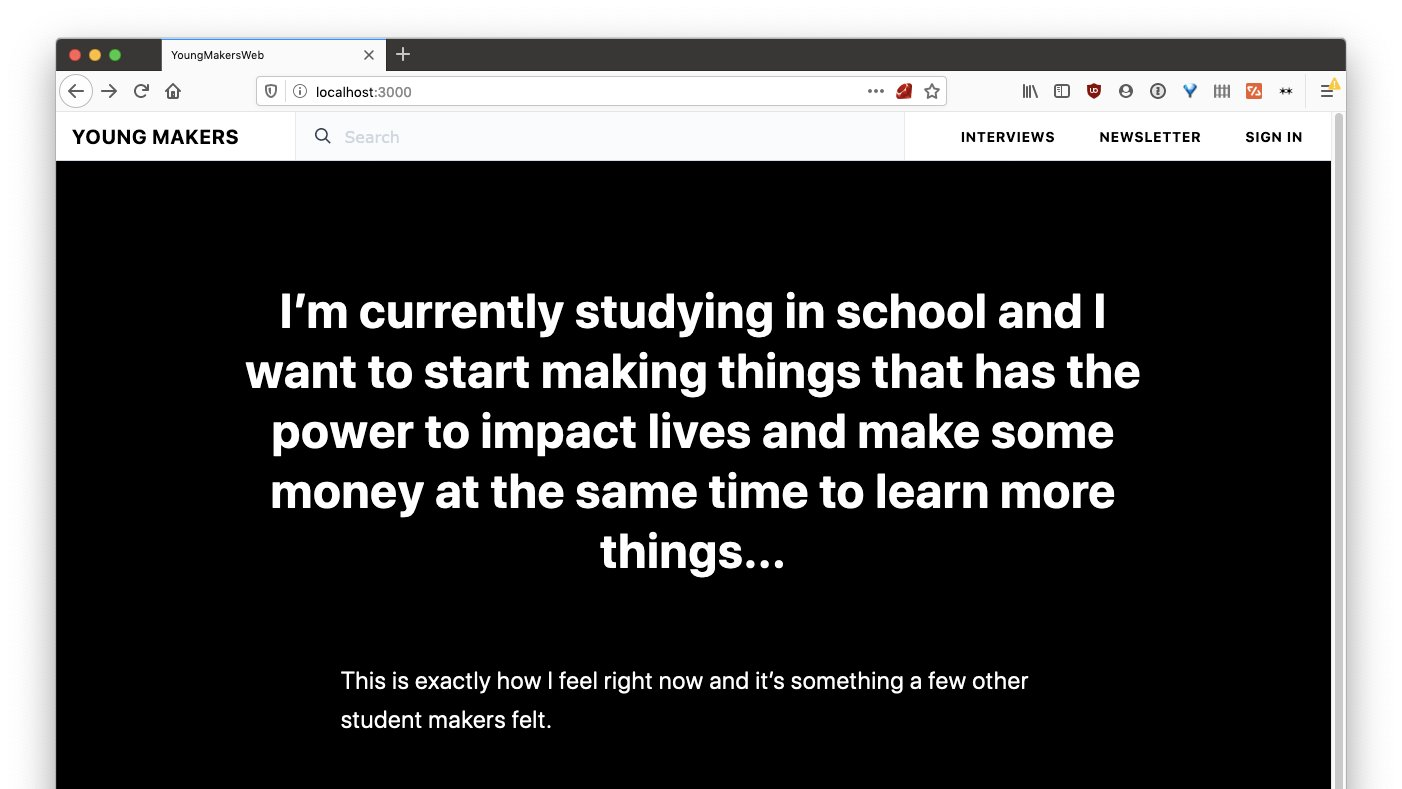 Wrote the code for the custom layout for the landing page. Set the routing on the backend and customize Tailwindcss for the contents on this page. Still got plenty of work to go but I took away some key lessons:

I'll work on these tomorrow. They are already accounted for in my Roam Daily Notes for tomorrow 😉

If I didn't callous my mind, I wouldn't have been able to get the output out and use that energy to write my learning points to reflect on how I can improve and inch towards excellence.