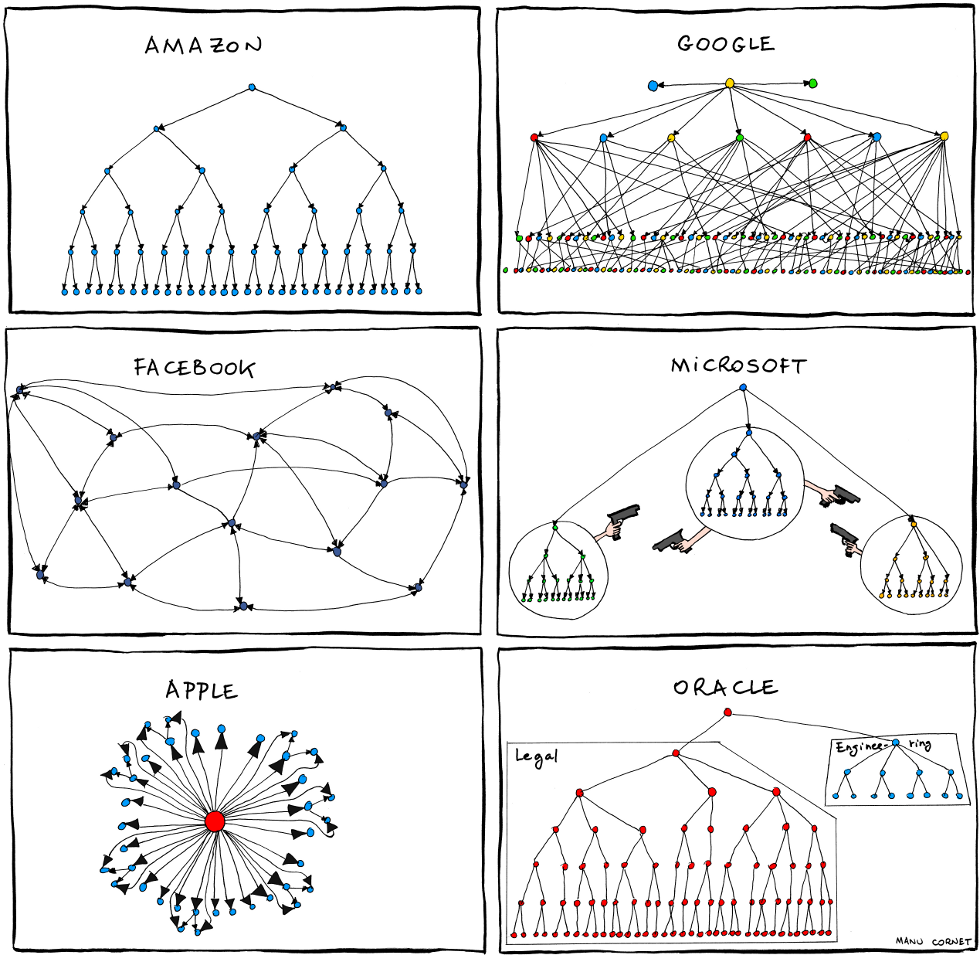 It's funny, but it begs an interesting question: what is the most effective structure for large organizations?

Endless words have been written on this topic and (spoiler alert) this post will not really answer the question. However, network structure is a hugely interesting topic, and one topology I've been thinking about a lot is Small World Networks.﻿

What are Small World Networks?

Let's start with a picture from the original 1998 paper by Watts and Strogatz describing small world networks:

Roughly speaking, nodes in a small world network aren't all connected to each other, but any given node is only a few short hops away from any other node. Small world networks are a middle ground between regular neighbour connections and completely random connections.

Some popular examples of small world networks include:

Relative to regular or random networks, small world networks have some neat properties:

Ultimately, organizations exist to facilitate human co-ordination towards a shared set of goals. Given this background, small world networks seem like a great way to structure effective organizations!

Back to org structures

Effective organizations are collaborative at their core. The better an org can co-ordinate the efforts of all its smart human (and increasingly non-human!) constituents, the more it can achieve. This requires a free flow of ideas, knowledge and resources to where they're needed. The small world network with its high level of transmission fits this bill quite well. 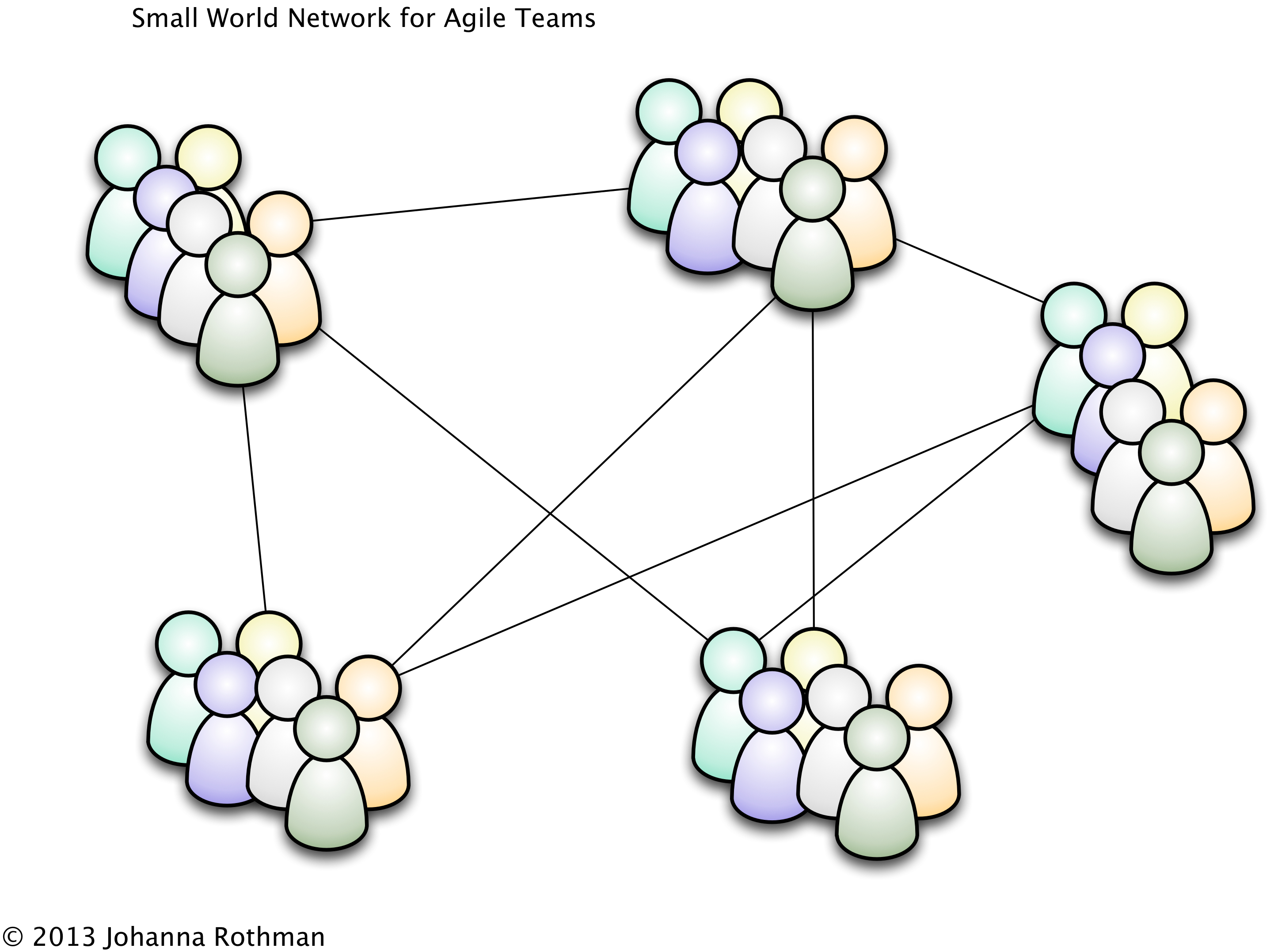 Each team would have an individual whose responsibilities include staying plugged in to other teams' work and facilitating the inflow and outflow of knowledge, ideas and resources. IMO, this responsibility is actually one of the most important for PMs, managers and leaders. Rather than central planning by the CEO unilaterally deciding where resources are best spent, a decentralized set of teams connected like a Small World Network will likely be more efficient and more robust to market shocks (like shifting consumer tastes or an upstart competitor).

This doesn't mean that hierarchy or centralized leadership shouldn't exist. One of the highest leverage functions of a (product or people) manager is to set the vision for their team/org. This vision needs to be so well understood and internalized that every member of the team (regardless of function) should be trusted to make the right product decision in the absence of the manager. Individual contributors who double down on their own leverage (whether that's writing code or marketing copy) make tens of micro-decisions every day and the only way to coordinate all of them is through a strong and well-understood vision.

The team's vision also needs to be complementary to the vision of other product teams, the larger business unit and the org as a whole. A culture of competition between teams reduces the flow of information and resources and will break small-world connections. This is why it's critical that the manager shares the same goals and vision as other managers in the organization. Effective orgs have all the vision vectors aligned along the same direction to produce a large additive result.

The result of this chain of connectivity and alignment probably looks something like a Small World Network. Add in managers of managers and so on...and you end up with a pyramid-ish org structure with lots of small world connections throughout. Lots of orgs enforce a rigid structure, but I think they'd do better to gain buy-in to a clearly articulated vision and set of priorities and let the smaller teams figure out amongst themselves where resources are best spent. This has the added benefit of empowering every individual to find their place in the org and contribute in the areas where they have maximum leverage.

There's lots more interesting connections between network science and management science and if you're interested, I recommend the following posts which inspired mine:

I should also probably get around to reading the bible on this topic and the source of the above posts: Andy Grove's High Output Management.