This is supplementary commentary for the Hong Kong Twitter disinformation dashboard. ﻿﻿

In the spirit of serving the public conversation, Twitter publishes datasets containing tweets and account history from accounts identified as being related to state-backed misinformation actors. The implication here is that these campaigns are backed by the People’s Republic of China.

This project aims to make the data accessible to the public to demonstrate examples of disinformation campaigns happening on social media today.

The account with highest volume, coolchefff666, mostly tweets about recipes—this is highly “retweetable” content, and it is an easy way to amass mindless followers.

The account also intermittently comments on Chinese politics, including the China-US trade dispute and Guo Wengui, a Chinese businessman which has been the subject of a previous social media smear campaign by these exact accounts (amongst others). 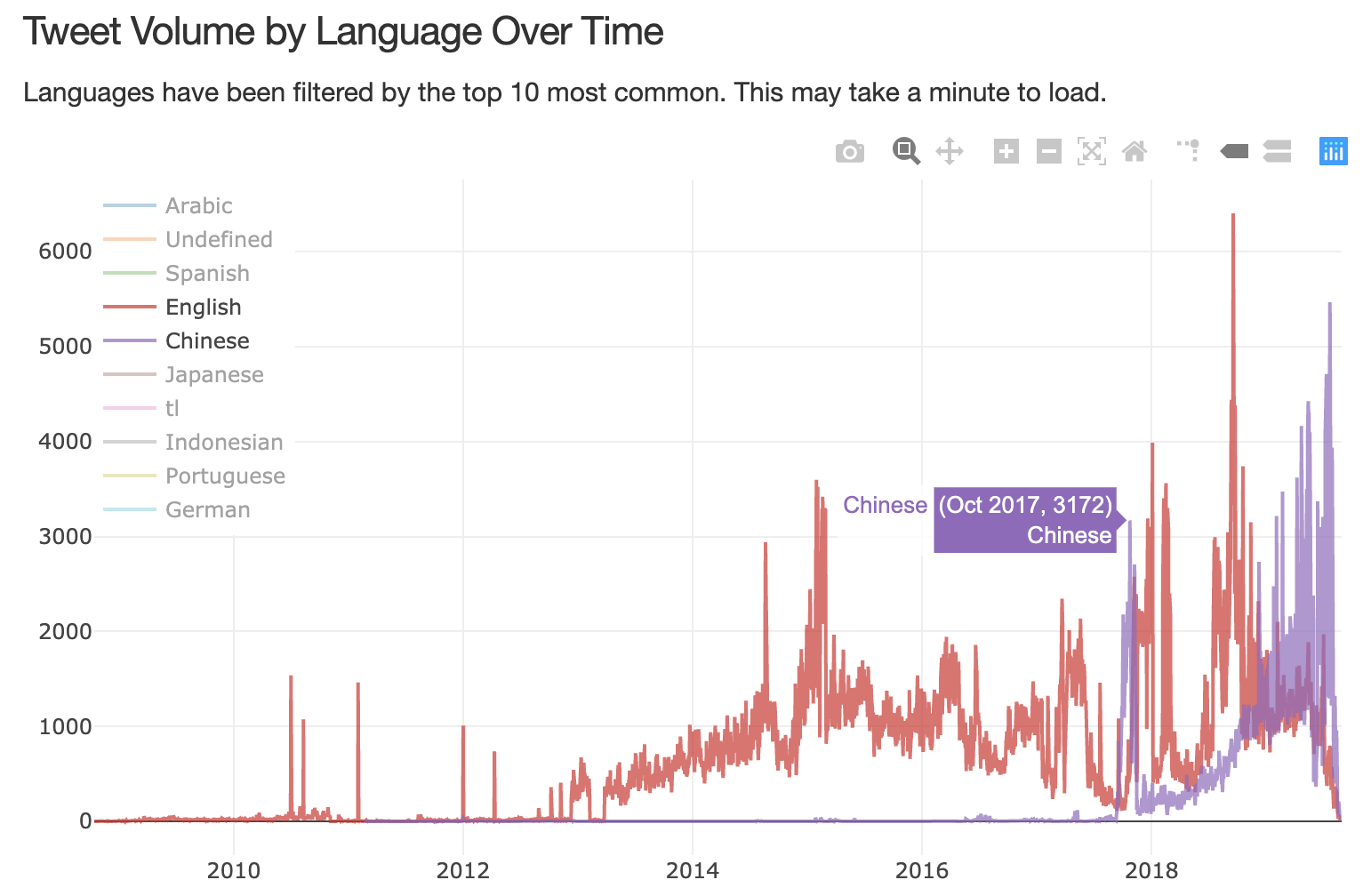 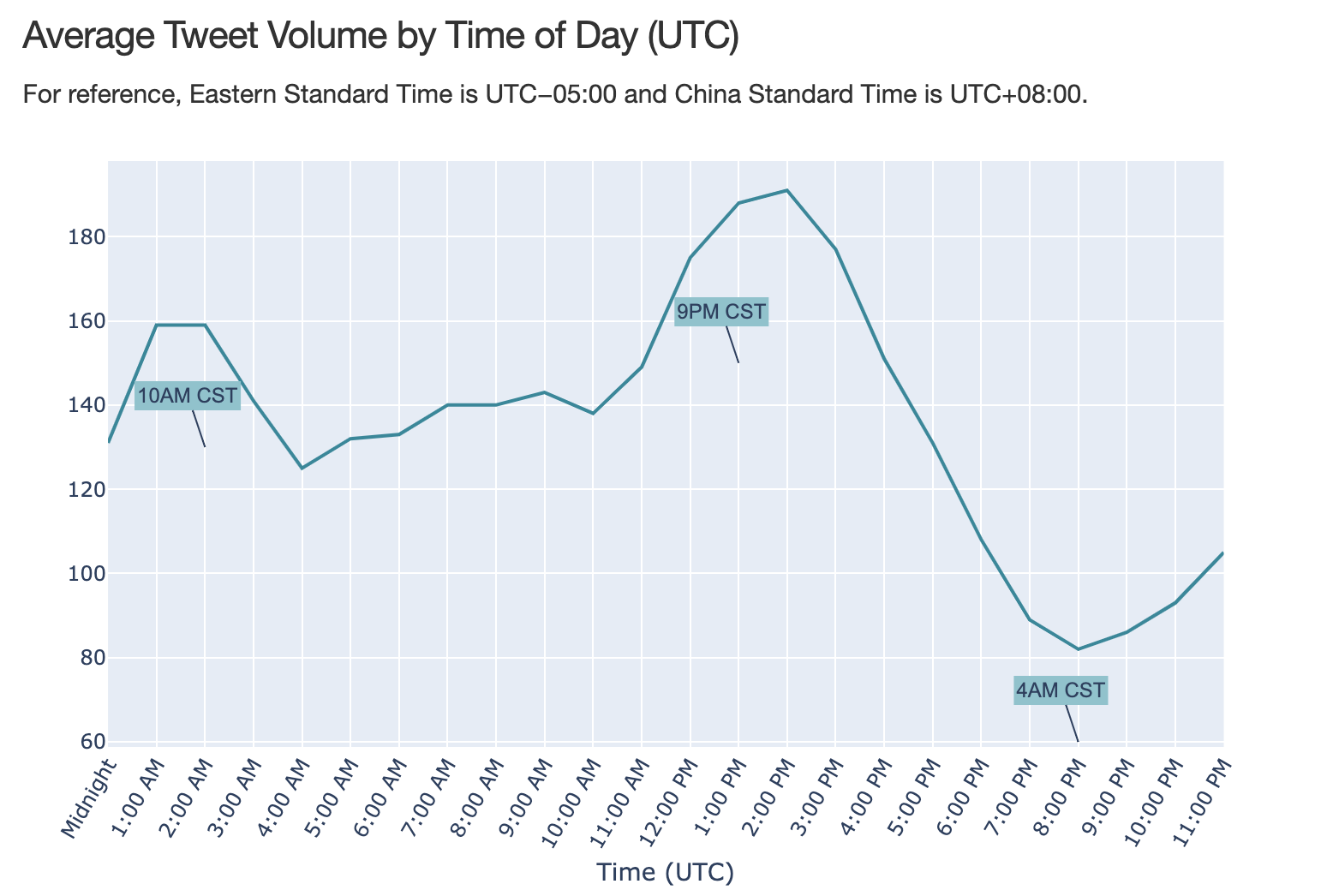 This overlay is unexpectedly clear.

This data raised lots of unanswered questions for me personally, including:

Things which didn't make it into this draft

Other reporting on this