One definition for technology is stuff that gets in between.

Instagram is a technology that gets in between someone and their friends.

A book is a technology that gets in between a speaker and an audience.

A fork is a technology that gets in between our fingers and food.

Obviously these technologies are tremendously helpful to someone (not necessarily their users), otherwise they wouldn't be adopted. All the same they share the fundamental property of getting in between. Over time, technologies erode and reshape the relationships they mediate.

Always in competition and fighting for their survival, social technologies have evolved many strategies to get and stay in between.

Some are endearingly annoying, like a dog wedging its head under your arm at the dining table. Others are elusively irritating, like a flea in the dog's fur. Still others are invisibly destructive, like tapeworm carried by the flea.

In general, the more obtrusive a technology, the more charming it needs to be to ensure its survival: 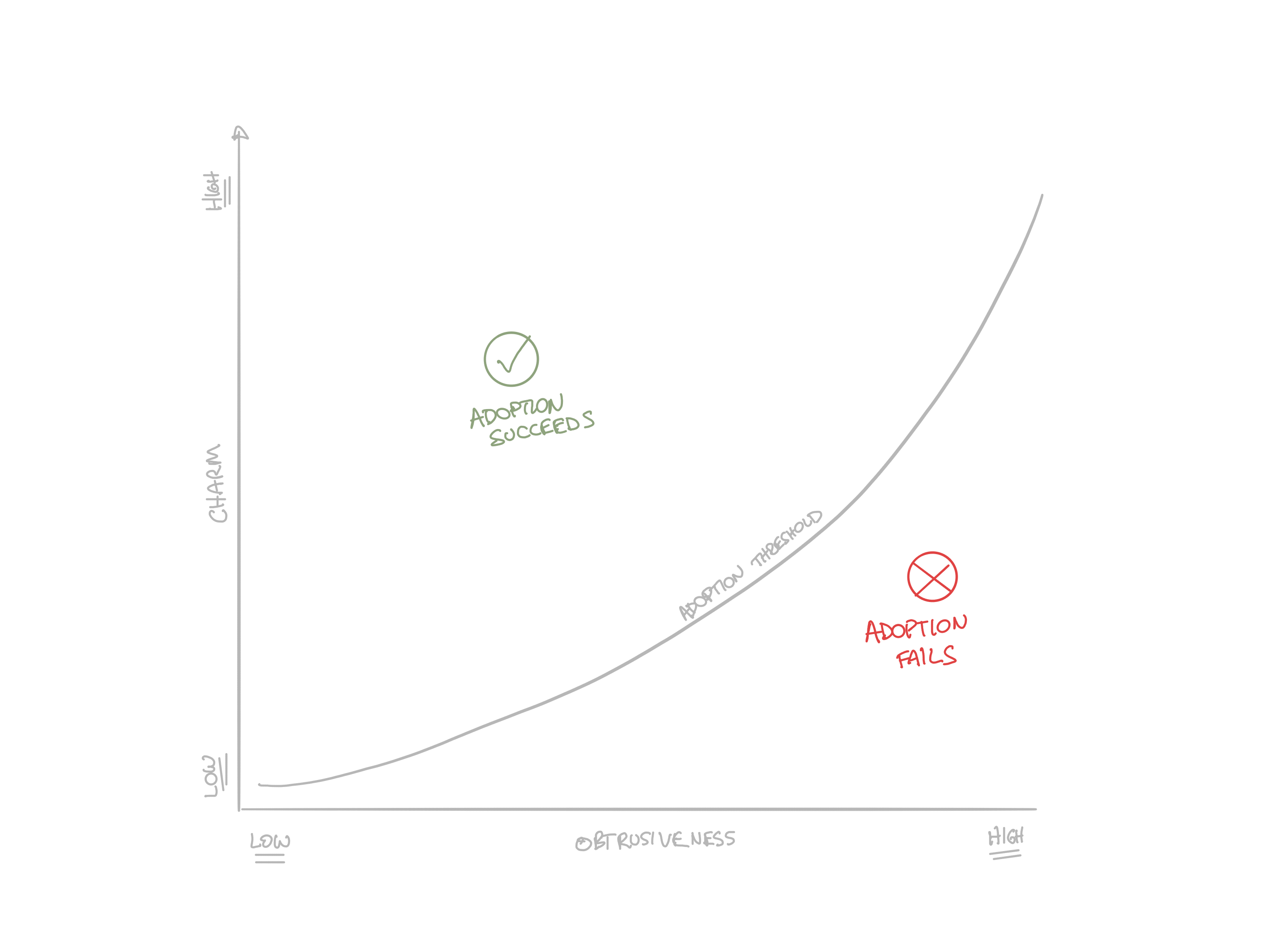 One of the reasons social technologies become more utility-like over time is that charm is hard to sustain; novelty apps like Snapchat have no choice but to become less obtrusive as they grow up.

Something else this implies is that we should focus our attention on unobtrusive technologies if we want to root out the most erosive ones.

These may be obviously harmful, like technologies that spy or sell private data. But erosive technologies are as likely to be things we take for granted as “just the way things are," like a pebble left too long in the shoe. For example, consider these notifications: 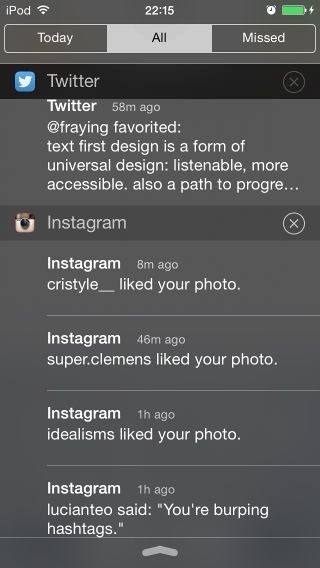 In every case, the notification is mediating between humans. Instead of something personal and note-like:

We get something form-like:

The notification erodes the relationship via:

Who knows if online interactions would be any more intimate without this low-level mediation. All we can do is observe the irreversible erosion between relationships.