From 1967 to 1970, the artist Brian O'Doherty composed a series of structural plays.

The function of these plays was to translate language into space. Some factors were lost in translation: body language, facial expressions, nuance. Other factors were created in translation, or exaggerated: movement, emphasis, mirroring.

Here's the script for Domicile: 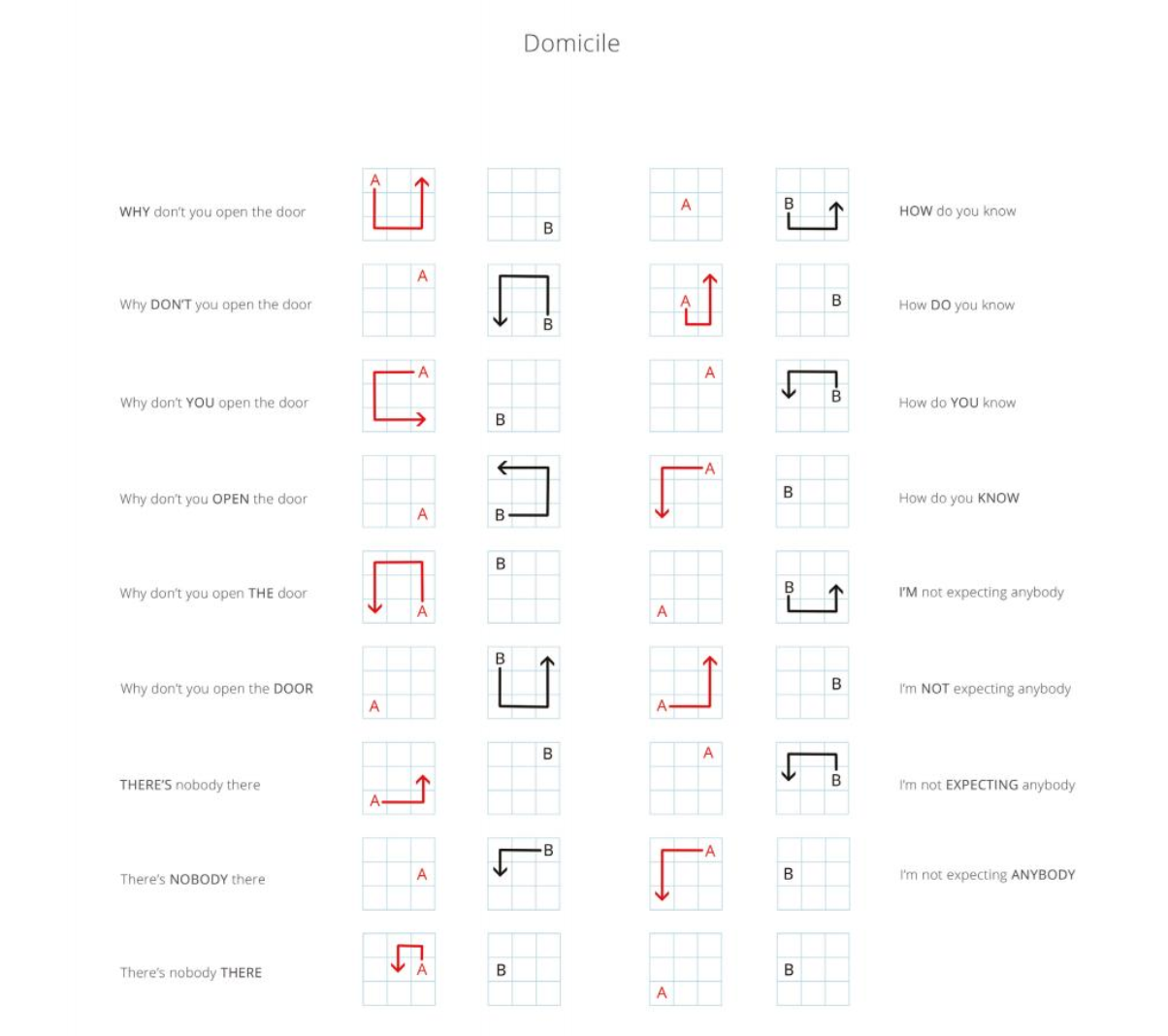 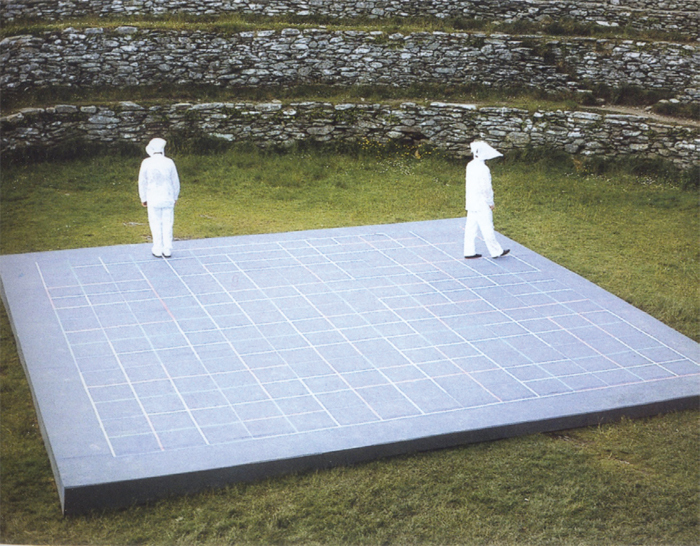 I'm not sure whether these plays would be any fun to watch but I was immediately drawn to the formalism of the grids, the aesthetic of the drawn paths, the tension between movement and dialog, the translation of language to space.

I started sketching out how we might make something interesting for today's world. 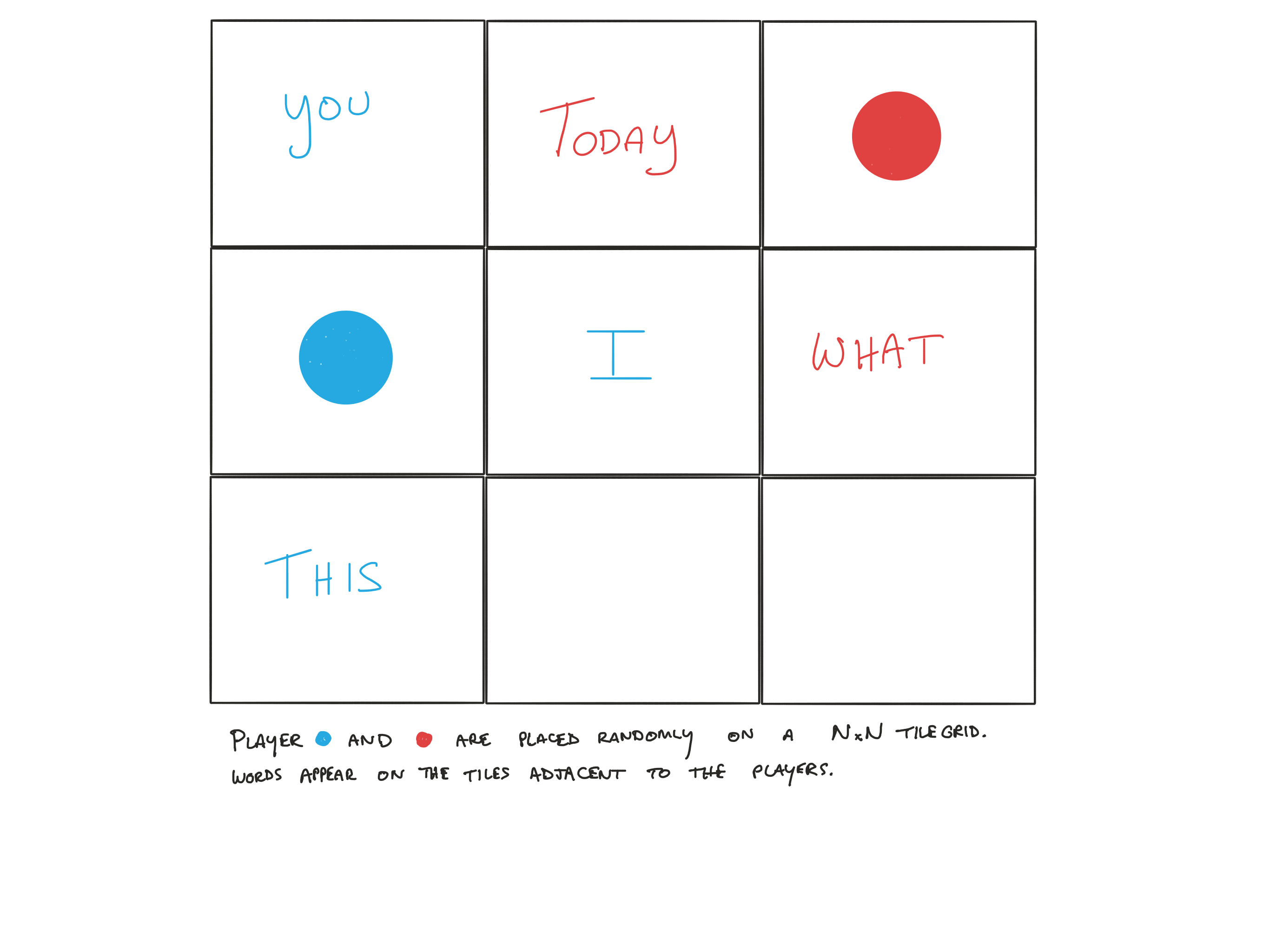 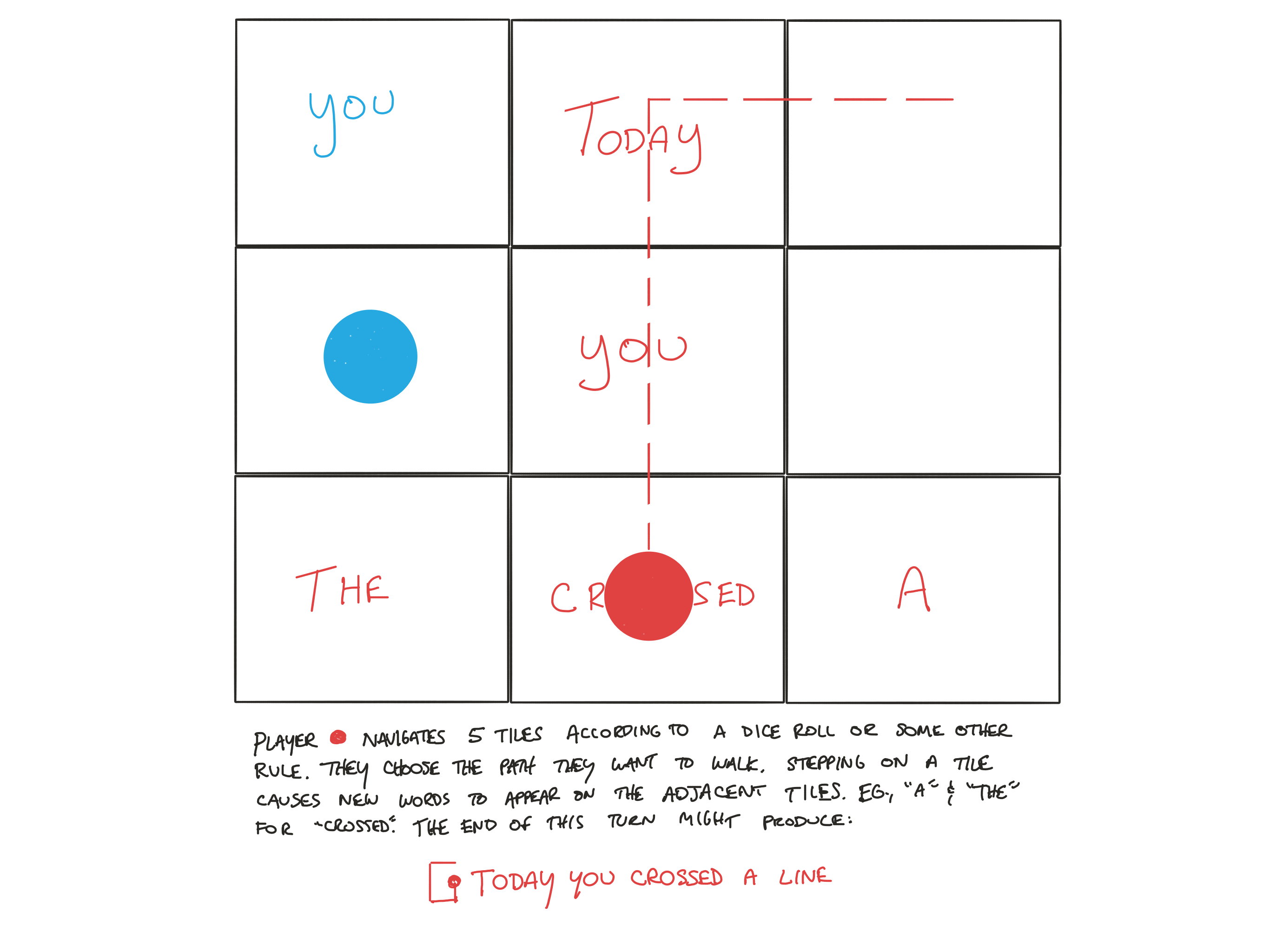 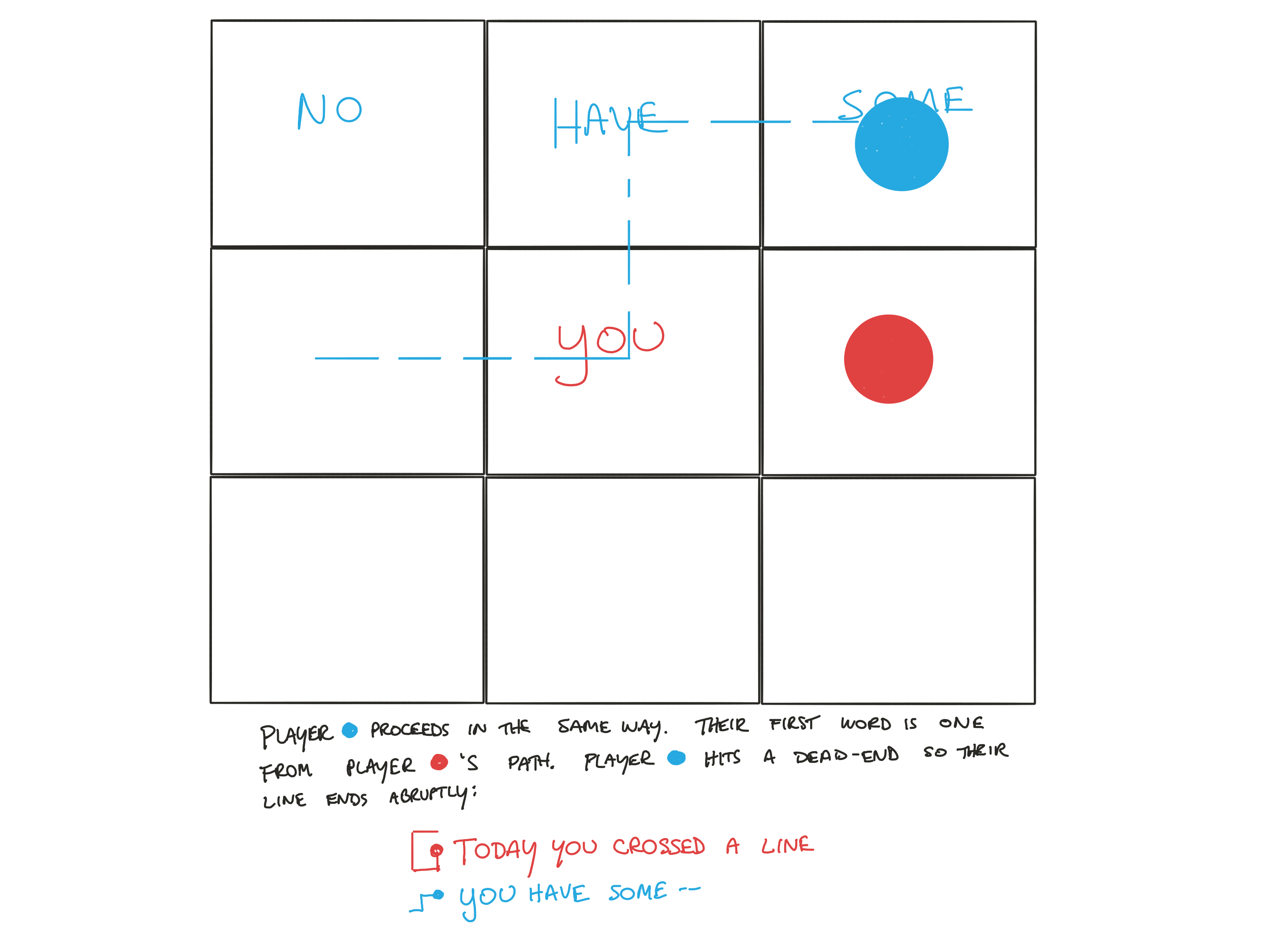 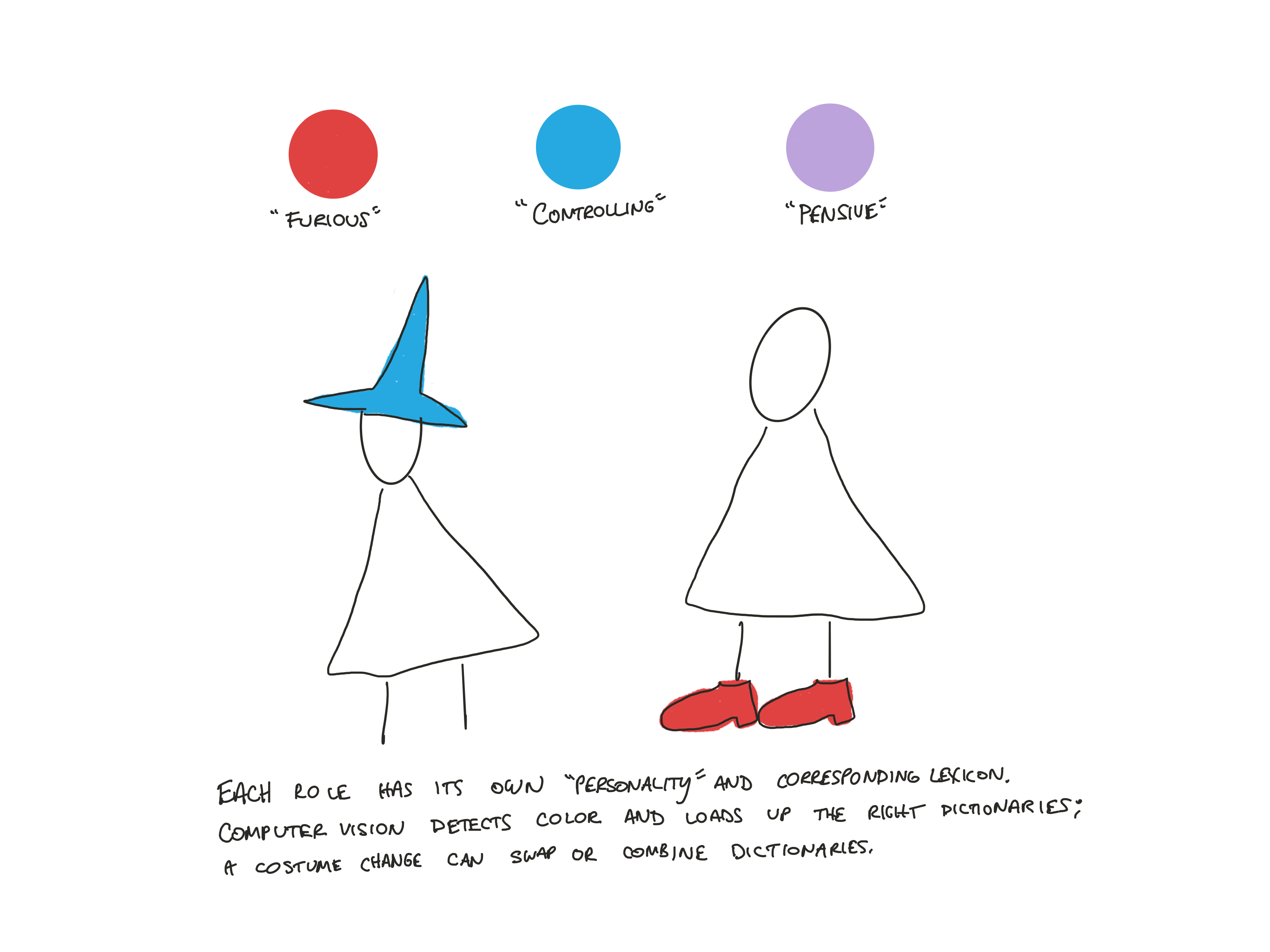