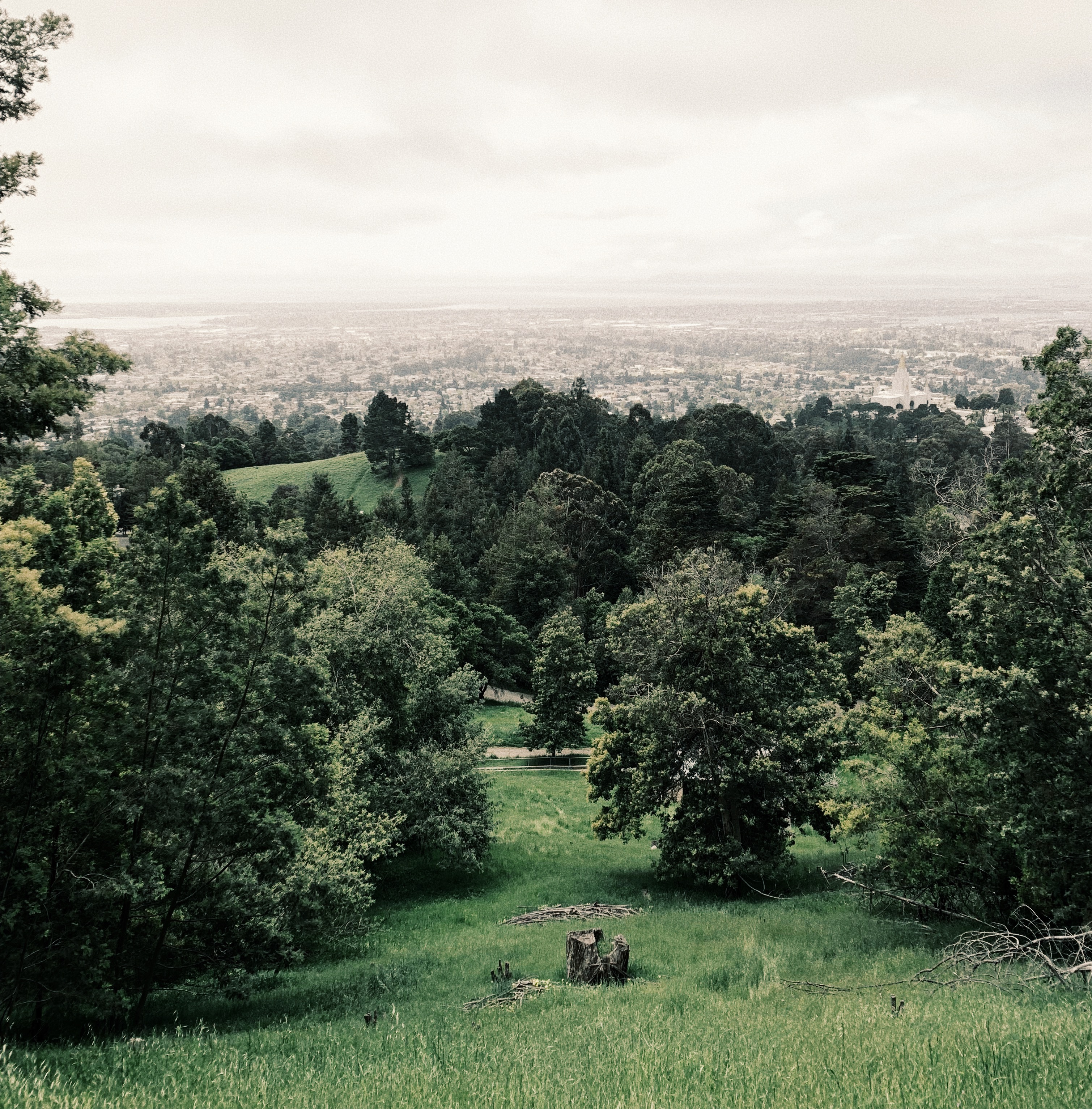 Two year ago, I walked into my university's registrar's office and withdrew from school. They informed me that I had about two days before they were going to kick me out. I was limited to two days to figure out what I was going to do for the rest of my life.

At the time, I knew that I loved startups, technology, entrepreneurship, and self-directed learning. I also knew that I needed to be in the epicenter of where innovation was happening.

So I thought to myself, what better place to be in than Silicon Valley?

I then did what any perfectly sane person would do. I went to the Airbnb app and literally found the cheapest place to live in California.

That same day, I booked a one-way ticket to San Jose unbeknownst to what my experience would be like.

I ended up in a “hacker house,” better known by its more formal name, a hostel.

At any given moment, I lived with over five people, and most of us shared the same bathroom.

I didn’t have much money, so I had to budget and spend wisely. This inevitably led to oatmeal, ham sandwiches, and Soylent being my primary source of energy and nutrition. 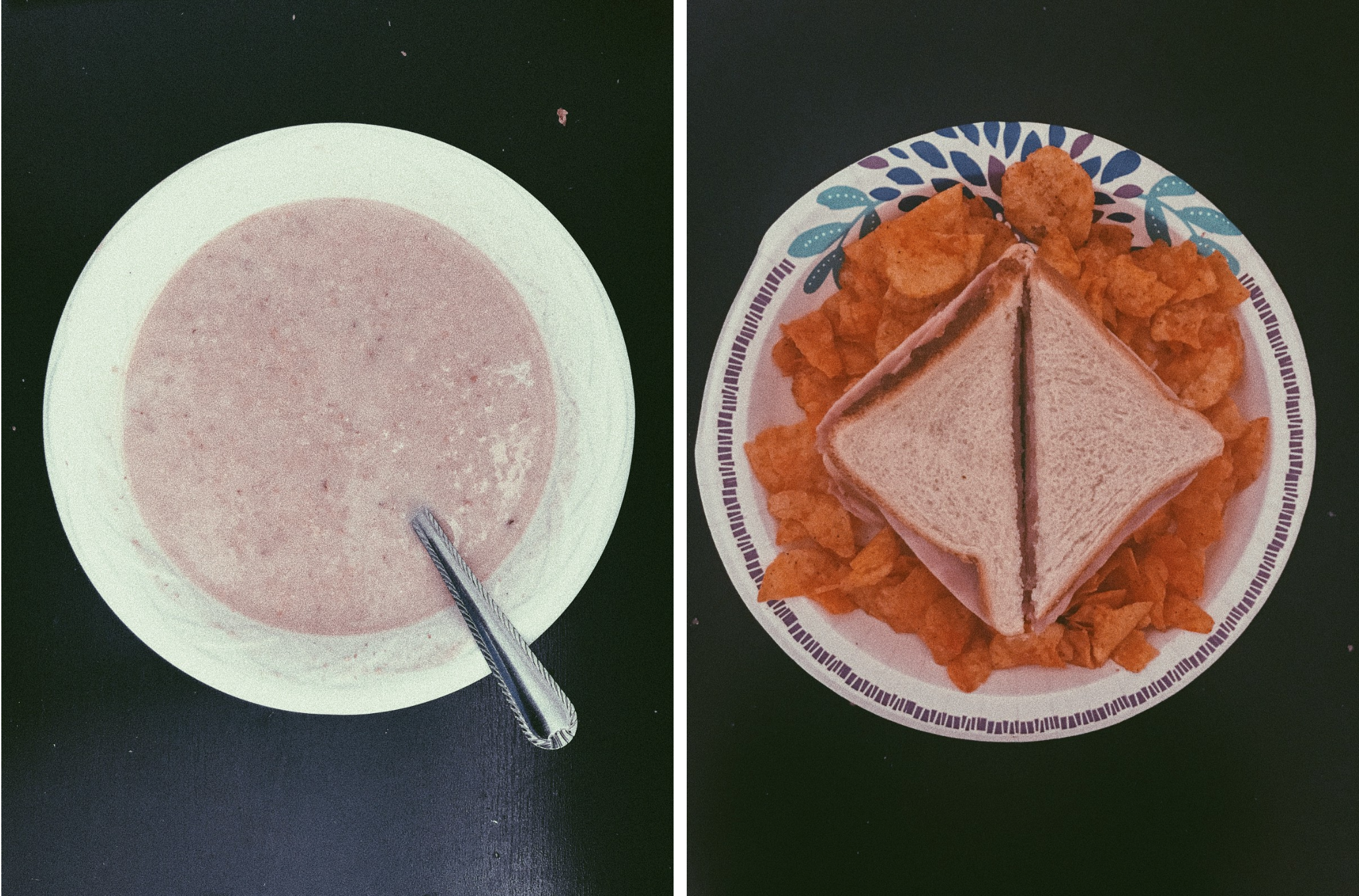 What I used to live off of

In addition to this, the hacker home didn’t have reliable air conditioning, so I was forced to open up the window which unfortunately led to a plethora of ants taking over my room.

I’m pretty sure you’re wondering by now why I put myself through all of this.

Well, it just so happens that I moved here to either build a startup or join one.

During this time, I was working on conversational AI startup where people would acquire knowledge in a simple, interactive, and fun way by talking to digital humans that embody the people they love (Steve Jobs, Elon Musk, etc.)

It was apparent to me that I didn’t have adequate computational resources nor the skills (at the moment) to work on such an ambitious project so I decided to stop working on that idea.

In December, nearing the Christmas holiday, I figured it was time to go home and spend some time with my family back in Washington, DC.

While I was home, I studied machine learning, freelanced a couple AI projects, built a powerful PC, and traded cryptocurrency.

There was one school that I believed would be an ideal fit for me — Stanford — I applied and was rejected.

With my new skills, I decided to apply to some AI fellowships, guess what? I was rejected by all of them. I honestly don't know what I was thinking.

After some self-reflection, I noticed that I had been running in the same place for too long, getting nowhere. I came up with a list of actionable goals and held myself accountable to accomplishing them.

Scrolling through my Twitter timeline, I saw a tweet by a startup COO mentioning a project they wanted to work on and was looking for someone scrappy to help out.

I immediately stopped what I was doing and DM’ed the startup exec.

He asked me a question, was impressed by my answer, then responded with: I then bought another one-way ticket but this time to San Francisco — the most expensive city in the US.

I knew that San Francisco was a place where I could meet like-minded people and learn from amazing operators and investors.

So, I texted a friend that I knew lived there and asked if I could crash at his place for about a week and he said “sure.” 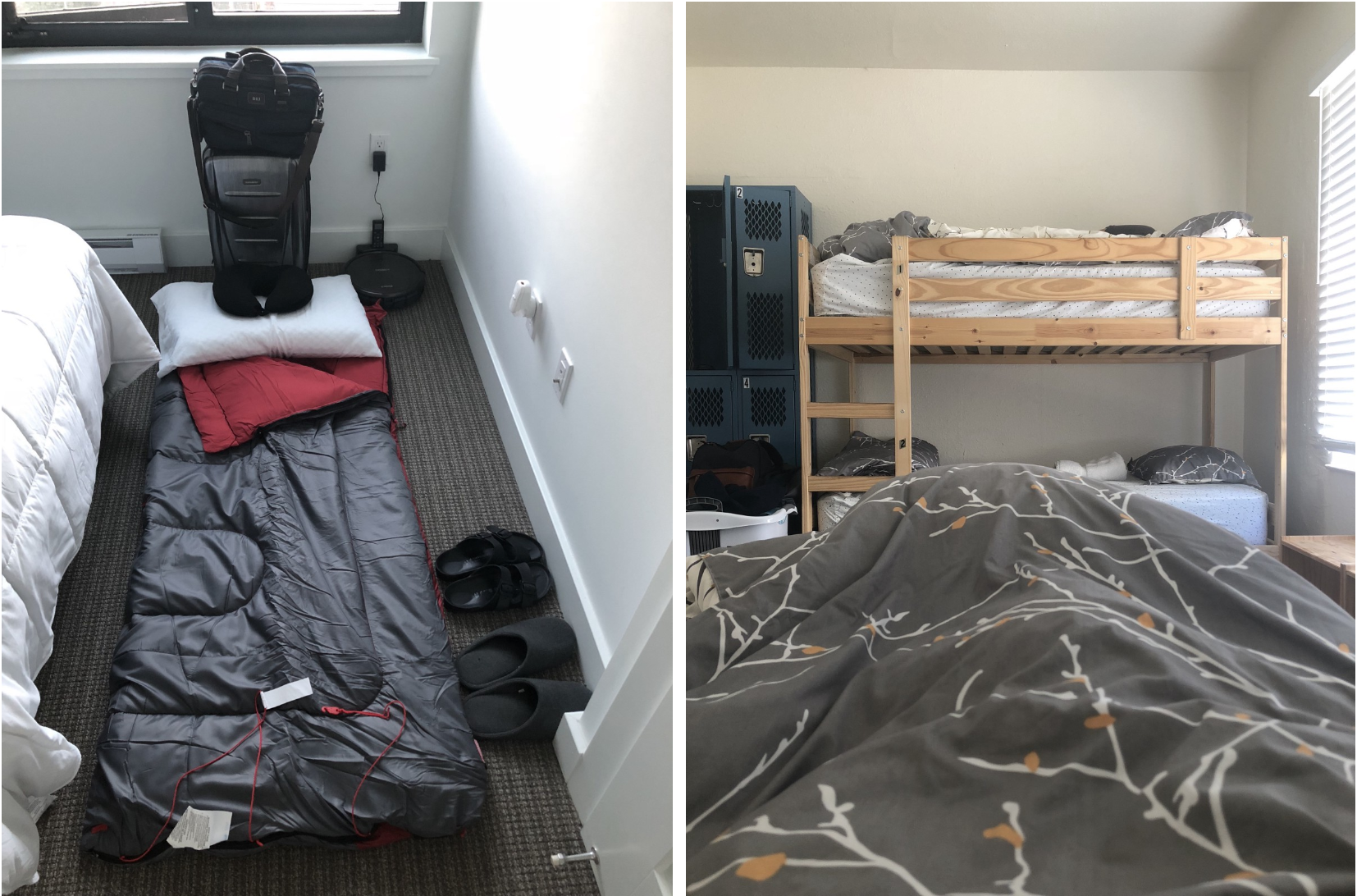 After that week was up, I found a hostel to stay in. I couldn’t afford to stay a night anywhere else, so I had to resort to my last option — Couchsurfing. 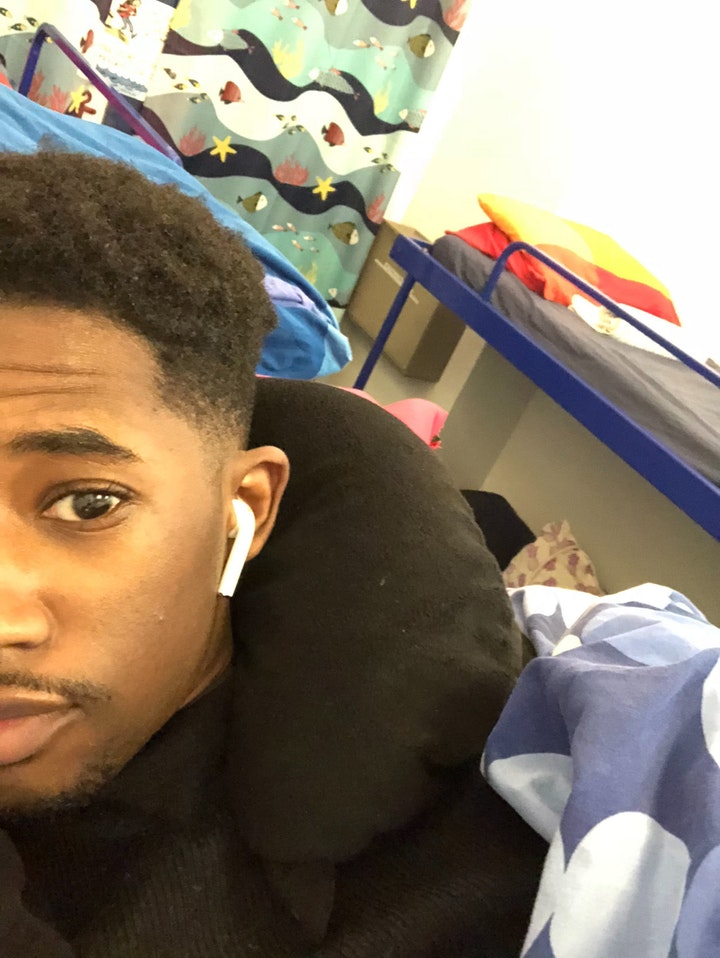 I stayed at a random woman’s condo for a weekend in SOMA, in exchange for free lodging, I went swing dancing with her. 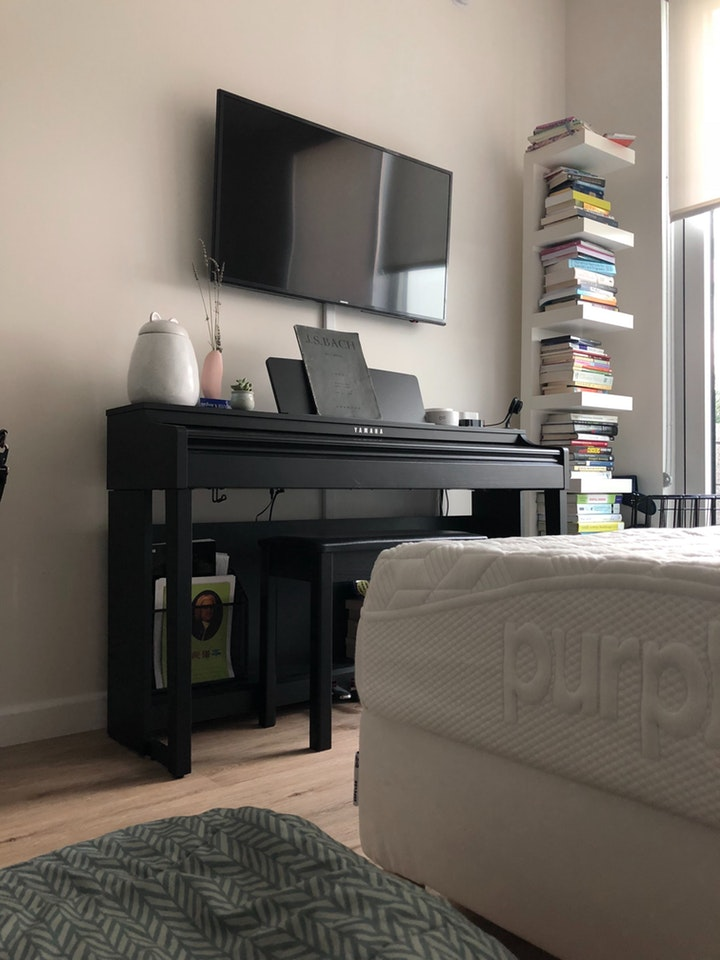 At one point, I thought I was going to be homeless, living in “The Tenderloin,” so I downloaded the schedule for a free, mobile shower.

Luckily, I found a family friend that lived right over the Bay Bridge in Oakland who welcomed me into her and her husband’s lovely home where I stayed for a couple months, helping grow plants and feed chickens.

Throughout this process, I applied to a ton of startups but was extremely picky, I was only looking for companies that met specific criteria (less than 50 people, mission-driven, pre-series A, etc.)

As you can guess, I was rejected by almost all of them. Submitting applications with my resume hoping to land a job was ludicrous considering that I didn’t have a degree or any “real” experience.

I changed my strategy, instead of applying for jobs the conventional way, I reached out to startup founders via cold email and Twitter and pitched them on how I could add value to their company.

This landed me a couple coffee shop meetings and some onsite interviews but nothing stuck. One founder even told me “you’re too risky, we’re a super early-stage startup we already have enough risk, de-risk yourself.”

By this time, I was reaching my breaking point.

I was contemplating on if I should just give up and go back to school but I knew that didn't necessarily fit my learning style and I quite literally came too far to do that.

A couple of days later, I received a notification on AngelList from a founder and company that I previously reached out and applied to.

The CEO asked me to come in for an interview. I went to the HQ, rocked the interview, and was offered a full-time position within the same week.

Some of my learnings so far: