There is absolutely no way I can even name the show in the context of synthetic biology without spoiling the whole show or some plot point. You have been warned. But spoilers aren't the end of the world and I will be vague about the other plot elements.

All righty then, sit down and gather around because it’s time for me to tell you about SYNTHETIC BIOLOGY ANIME. You might ask: “David, there’s no such thing as synthetic biology anime!” Well yeah, I lied there isn’t. I don't think there's any show that is explicitly about synthetic biology but c’mon our field has claimed that everything biotech-related is synthetic biology. I will now “claim” these shows as glorious “Synthetic Biology Anime”, or “SynBioAni” for short.

Below is a list. But just seeing these titles might spoil key plot elements so be warned. If you don’t care about spoilers, read on and I will explain myself. I only list the show if synthetic biology was central to the plot. If you legit think something is SynBioAni and it’s not here, we should talk about it! So hit me up on the social media. -> @DavidZong1

Stop here if you just wanna watch the shows and don't wanna hear my hot takes. 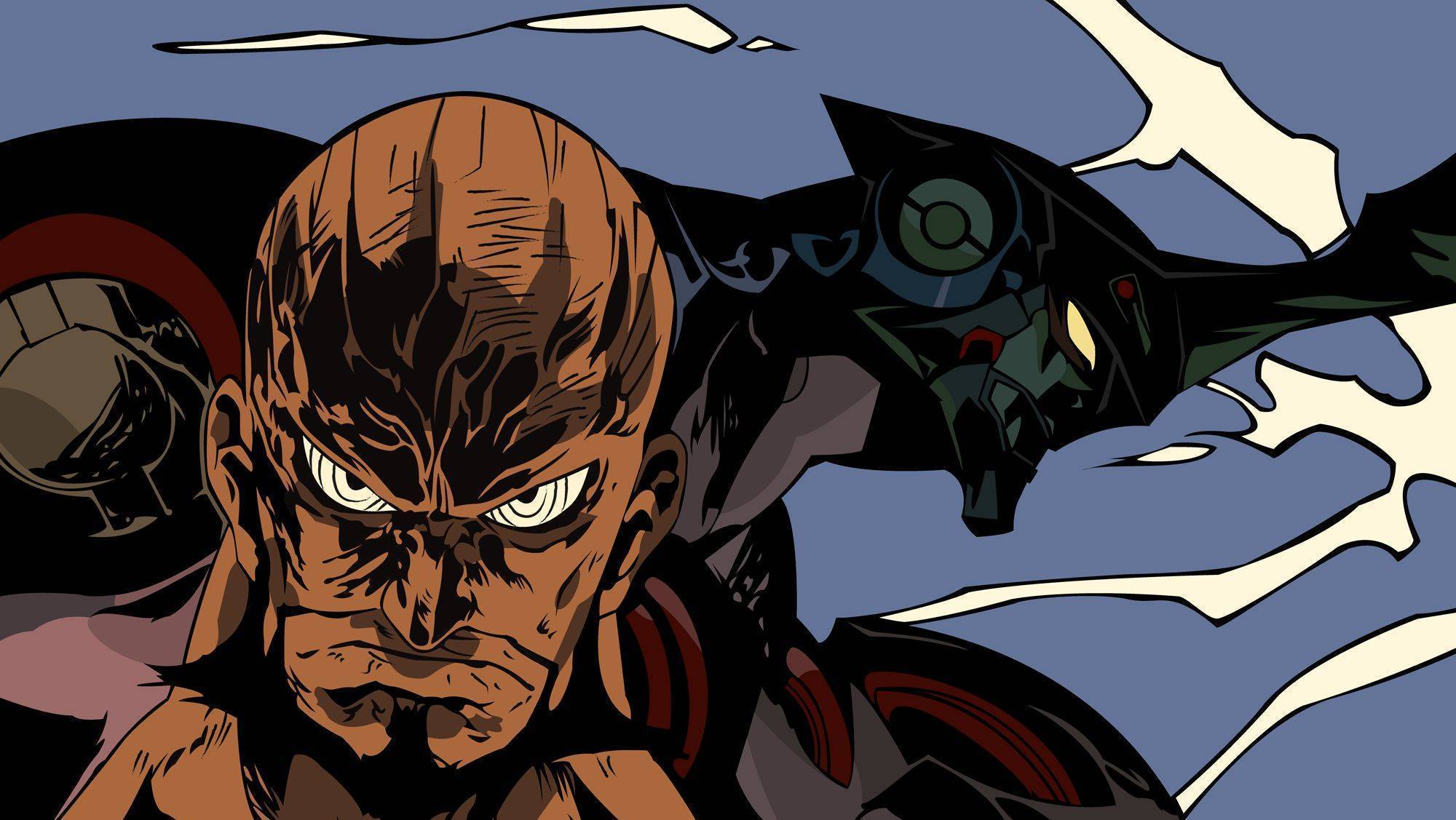 The true synthetic biologist in the show.

Tengen Toppa Gurren Lagann a.k.a. the greatest anime of all time is a synthetic biology show. “But David, this show is about robots!” No you missed the point. Let’s start with what powers the robots? SPIRAL ENERGY. What is SPIRAL ENERGY? It’s GENETIC POWER. Simon uses a drill with a huge spiral, representing the helical turns of DNA. The villain in the 1st half of the show is Lordgenome. Lord. Genome. He used GENETIC POWER to make the beastmen. Dude is a synthetic biologist. He wrote the DNA of the beastmen to subjugate the humans! BEASTMEN ARE NOVEL ORGANISMS WITH SENTIENCE. His generals are A, T, C, and G. Seriously. 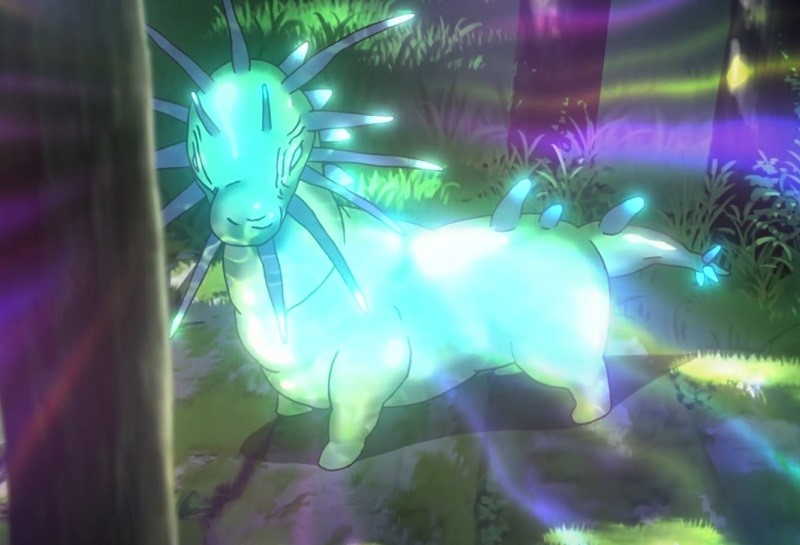 Sparkly engineered organisms that store petabytes of archive information of all of humanity and a simple interface such that a child who has never seen the thing can access humanity’s knowledge just by talking to it? Sign me up.

Okay. Imagine you live in the post-post-post-post-apocalypse. You and your buds are psycokinetics for some reason. Also don’t go outside at night. By episode 4 you’ve broken all the school rules and found the engineered library creature that tells you everything. Except it gets killed by your pastor because it told you too much. Oh wow it turns out that synbio was quite successful and the world guddam ended because of it. Oh wow there are literally animals designed to explode and release blade like bones to kill you. Oh, and the only way to kill the crazy berserk villain is to find “old school” B. anthracis bioweapons in deep post apocalypse Tokyo? Also, Squealer did nothing wrong! 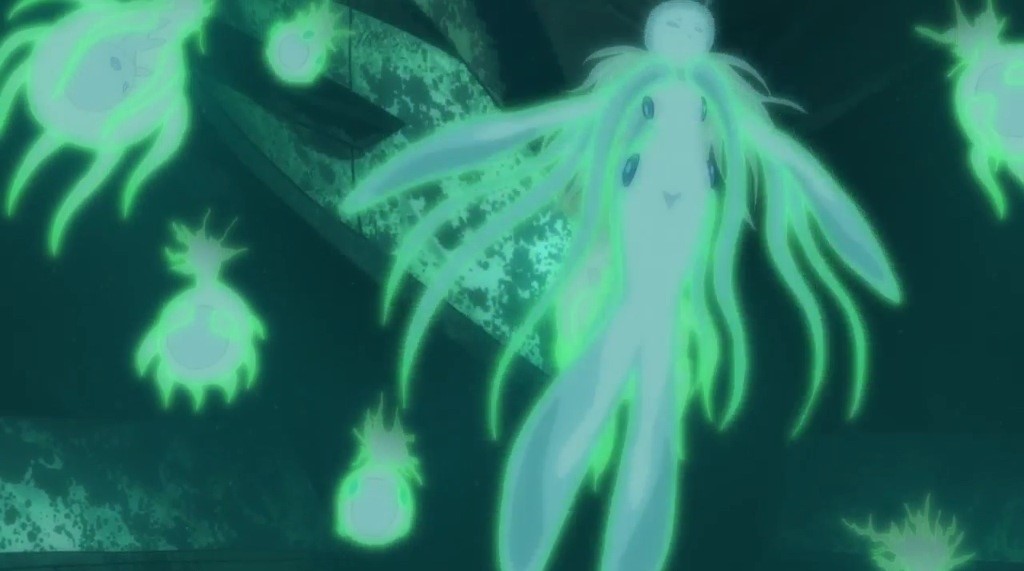 GMO space squids are people too!

You, a young boy from future space federation, and your “AI mechasuit brother from another mother” crash land on an alien world after your battle with LASER WIELDING SPACE SQUIDS goes awry. This world is covered in ocean and inhabited by humans who live in communal flotillas. Turns out it’s Earth after global warming and the 5th ice age. The space federation you're a part of left this rock long ago. Oh dear there are space squids living in these oceans? But they’re peaceful, nice. Oh dear, the space squids were former transhumanists. And the war between the space squids and human galactic alliance is a feud over the definition of humanity? Nice, another case of synbio working perfectly sign me up. 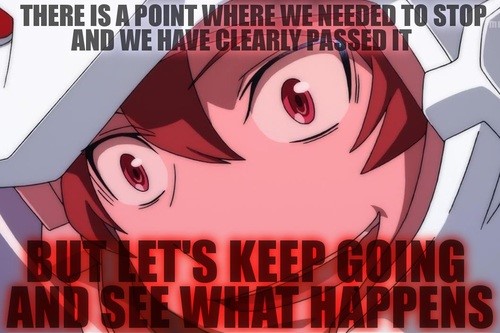 This show was pretty bad but hey we got this cool meme right?

I’ll level with you. This show is straight dumb. It makes no sense. It tries to be cool, but it isn’t. There's supposed to be some political intrigue/conspiracy and stuff but it fails epically. But! There is a cool synbio slant to it that happens in the second season that totally redeems the entire thing! Okay so it turns out all the highschool kids had their genomes designed from the VERY START to combine their genetics with ancient green energy aliens. They were CRISPR babies but instead of edits they had their entire genomes written from scratch so they can be some sort of ascended space vampire thing. And the scientists who designed these kids did so to win the war and to be friends with ANCIENT ALIENS. 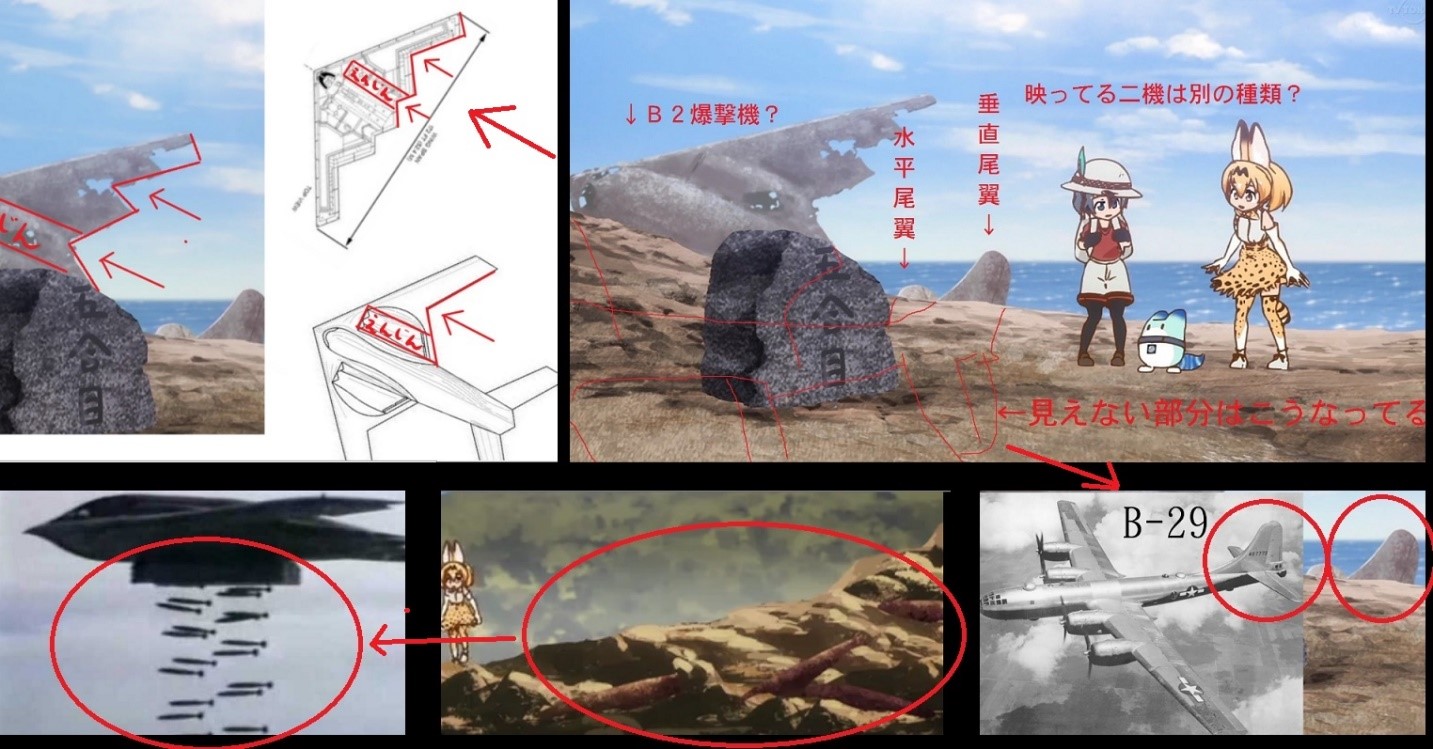 Okay I lied about the last one being bad. THIS show is bad. This is the so bad it’s good category of show. Nameless protagonist wakes up in the African savanna is chased by a SERVAL CATGIRL. She meets other “Friends” who are supposed to be some sort of bioengineered girl-animal hybrid things. Tones of weird post-apocalypse tones where synthetic biology got too easy and the weebs got their hands on some DNA compilers or something. The show ends without answering any of these questions. It’s also CG. 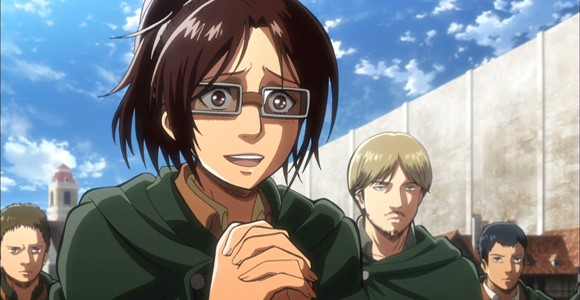 There are many scientist characters in fiction. Name one better than Hange. I'll wait.

This show is good. It has broad appeal and this interesting mysterious element. What are the titans? How did they get here? Why is everyone being eaten alive? Titans are basically giant bio-robots that are piloted by a specific race of human. Why? Because. Not really all that much synbio because it's never really explained.... YET.(?)